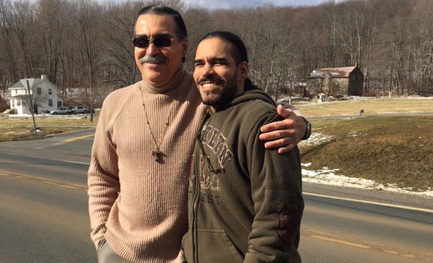 In his state of the state address earlier this week, New York Governor Andrew Cuomo proposed a number of reforms to improve the criminal justice system in New York.  The New York Daily News published an editorial backing the governor’s proposals.  The Daily News cited the case of Innocence Project client Felipe Rodriguez to support reforms to the state’s discovery rules.

Rodriguez, whose was released from prison after serving 26 years when his sentence was commuted by Gov. Cuomo last year, was convicted of murder based largely on the uncorroborated testimony of a police informant who had admitted in a taped interview prior to trial that he fabricated his story. The jury never heard the tape, which would have been extremely powerful evidence for the defense.

“Fixing rules for discovery of evidence in criminal proceedings is the simplest and most morally necessary task.” New York Daily News editorial

The Rodriguez case highlights the need for discovery reform to ensure early and meaningful disclosure of important evidence.  Rodriguez’s former prosecutor has testified that he gave the tape to the defense on the day that the informant took the stand at trial — which the prosecutor believed was all that he was required to do under the discovery rules — and the defense lawyer failed to listen to or use the tape.  (The defense lawyer, who is now deceased, testified that she never received the tape at all.)  Reform of the state’s discovery laws would require earlier disclosure of written or taped witness statements, and help ensure that overburdened lawyers do not overlook important evidence that could provide the key to a client’s acquittal.

The Daily News editorial board writes: “Fixing rules for discovery of evidence in criminal proceedings is the simplest and most morally necessary task. Too many men have been imprisoned for years on evidence that unraveled on reinspection — and a common thread in many of the cases of later exoneration is evidence held back in discovery until poor defendants’ ill-equipped lawyers can do nothing with it.”