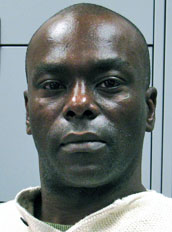 One year after Kirk Odom was exonerated by DNA evidence in Washington, D.C., his attorneys filed a law suit against the U.S. Department of Justice to try to learn the identity of the likely true perpetrator, reported The Blog of Legal Times.

The DNA testing that proved Odom’s innocence identified a convicted sex offender in a law enforcement database, but the government won’t reveal the identity of the person.

After being misidentified in a lineup and convicted of a 1981 rape, Odom spent 22 years in prison and another nine years on parole as a registered sex offender. After several unsuccessful appeals, Odom’s lawyers filed a motion for DNA testing under the Innocence Protection Act in February 2011, and he was cleared in 2012.

At Wednesday’s hearing, Odom’s attorneys argued that there was an “overriding public interest” in uncovering the results of the DNA analysis. The suit says:


“From these records—which should include such information as the likely true perpetrator’s name, age, criminal history and physical appearance—the public has an opportunity to learn what went wrong in Mr. Odom’s case, to ensure that other men were not wrongfully convicted for other crimes committed by the same perpetrator and to avoid future tragedies like the one visited upon Mr. Odom,” wrote Odom’s attorneys, Sandra Levick and Sonam Henderson of the D.C. Public Defender Service.

“In this case, the identity of the convicted sex offender is necessary to evaluate the full extent of the errors, ineffective policies and governmental improprieties that resulted in Mr. Odom’s wrongful conviction, including whether there was evidence pointing to the convicted sex offender that the police and the USAODC ignored or discounted,” Odom’s lawyers argued in the complaint.