Creating Context Through Representation: When the Lawyer Looks Like the Client 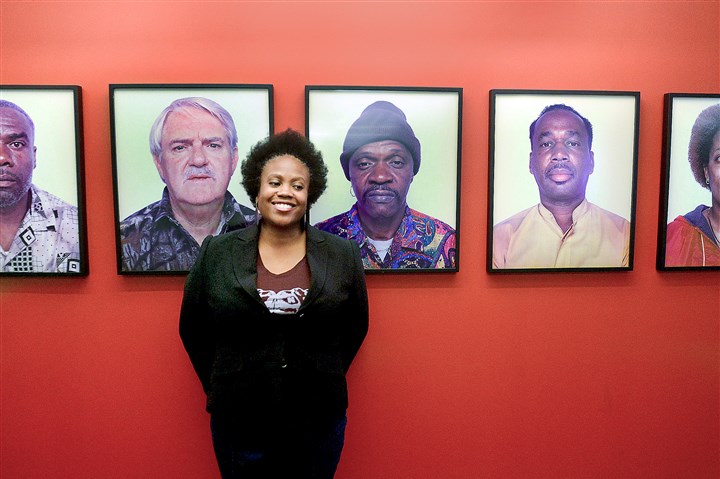 Karen Thompson is a Staff Attorney at the Innocence Project. She read this piece during the Saturday afternoon session, “Race and Wrongful Convictions,” at the 2015 Innocence Network Conference in Orlando, Florida.

The first thing you do is forget that I’m Black.

Second, you must never forget that I’m Black.

Pat Parker, For the White Person Who Wants to Know How to Be My Friend

I came late to criminal defense. I came through the criminal defense door with seven years of civil practice under my belt. I came to criminal defense with a very specific political history:  I was the amalgam of my Jamaican grandmother’s illiteracy and poverty, my immigrant mother’s striving to enter the professional classes, and my own lesbian feminist sensibility. I was well-aware of the system we work in, whose major by-product is the criminalization and incarceration of black bodies. But the truth is, when I walked into the Innocence Project on my first day, I just wasn’t ready for what it meant to represent criminal defendants.

When I worked in law firms, I was very good at girding my loins. Every time I entered into the marbled swoosh that held my midtown Manhattan office, I knew that I didn’t belong there and, quite frankly, that I wasn’t particularly wanted.  Although I was constantly trotted out for diversity optics (I was a triple threat, after all), these weren’t my people, and this wasn’t my work. I spent a very long seven years gathering pro bono experiences, bringing in my own cases, winning them, and teaching myself how to litigate criminal cases.

My first foray into the trial court as an Innocence Project lawyer was in the heart of the Deep South. I accompanied my local counsel to the courthouse to file our motion and to see if any evidence was being kept with the clerk of court.  My local counsel introduced me around, with our final stop being to see the judge. I shook his hand, sat down, and then the judge immediately launched into a tirade about the injustices forced upon him by the local NAACP chapter, and how “they” tried to strip him of his job in favor of a “black fella.” My face, frozen into an awkward grimacing smile, took 20 minutes to thaw.

I am in Arkansas and am driving from the northwest part of the state to Little Rock. I realize that I am driving through Harrison, a well known sundown town, information that I always try to figure out before I leave New York City.  Moments later, I turn a corner to see a giant set of billboards that say “Anti-Racist Equals Anti-White,” below which is, “Harrison:  Where you can’t make a wrong turn, where all our neighborhoods are safe.” This assurance of security makes me feel so deeply unsafe that it takes everything in my body to prevent me from speeding, given that the last thing I want or need is to get stopped by a cop. I turn on the voice memo function on my phone.  My hands are sweating.  I don’t realize how tightly I am gripping the steering wheel and how stiffly I have held myself until I arrive in my hotel room in Little Rock, hours later, my hands sore and my head throbbing.

My ritual, the night before a hearing, is as follows:

first, there is the obvious legal preparation. I make sure my arguments are sound and that I am mentally and intellectually prepared to answer any and all questions lobbed at me by the judge. Second, there is the outfit preparation.  I almost always wear pearls to hearings, because they read the most “feminine” and “white acting” to me; identities I am not necessarily granted by white people in rural areas due to my height, girth and skin color.

But do I wear a skirt instead of the pants?  Should I blow out my hair instead of letting my natural kink show?  This last issue wasn’t even a concern until my local counsel in Oklahoma said that it was “pretty daring” of me “to have an Afro.”  Lastly, I spend an hour or so meditating. I visualize myself walking into the courtroom. I visualize my competence. I visualize myself shaking hands with the prosecutor and the judge. I say, “ask. . . ask . . . ask,” out loud several times to make sure that I don’t slip and say “ax” by mistake.  I try to preemptively feel the isolation and hostility of being a black lawyer in a room that has probably never seen one; a woman in a room that doesn’t cotton to feminism. I allow myself to feel the panic now so that I don’t feel it the next morning in that courtroom. After this ritual, I can fully internalize my legal argument. After I do all this, the butterflies still. Only after this can I sleep.

My student comes into my office, clearly agitated, and stumbles for the words to tell me that my client (whom I’ve never met in person) just told her that he doesn’t like niggers.

In his memoir,Long Walk to Freedom, Nelson Mandela recounts an incident that occurred on one of his trips to garner support for the African National Congress from African leaders.  While boarding an Ethiopian Airways flight, he noted that the pilot was black.  Because he had never seen a black pilot before, in that instant he had to suppress the panic that arose within him. “How could a black man fly an airplane?” he asked himself.  A moment later, he caught himself: “I had fallen into the apartheid mind-set, thinking Africans were inferior and that flying was a white man’s job.”  My first moment with all of my clients, white, black or otherwise, usually involves a how-could-a-black-man-fly-an-airplane moment.  But because most of my clients are black, this tends to dissolve very quickly into a sense of relief, mostly because they assume they will be believed by me. They assume they will not be shamed by me. They assume that I will understand them.  This flying-the-airplane trust simultaneously makes me feel fearless and incompetent.  This trust is what keeps me up at night.

That awkward moment at every Innocence Network yearly conference when two black men from the office—the managing attorney and a case analyst—are assumed to be exonerees, a mistake that is not particularly surprising given the lack of diversity in the legal field and the overrepresentation of black people in the criminal justice system.

These black bodies we move in, under the truth of America, are always pretext.  This is the biggest burden of racism, in my opinion—who we know ourselves to be as black people is not allowed to exist beyond the edge of our own skulls; beyond the reality of others’ perceptions.  We are never allowed our own context. I have always thought that segregation itself was never the problem; when black folks were forced to live and function apart from white people, we created our own realities. We made our own worlds that made sense.  But in search of social equality and political access, we erased our own mirrors in hope that white realities would stretch to include our reflections. They have stretched, but now those reflections are so often fun-house distortions.

This means that with each client meeting, each representation serves as a little bit of a mirror—  that in those prison visiting rooms, in each Lysol-drenched encounter, in every shift in those hard plastic chairs, in each document I send or show for review, we contextualize each other.  My clients teach me about what it looks like to survive a rampant disregard for humanity at the ground level.  I teach them that we do, in fact, have tools to raise our voices.

We gaze at our own reflections and, together, we visualize.