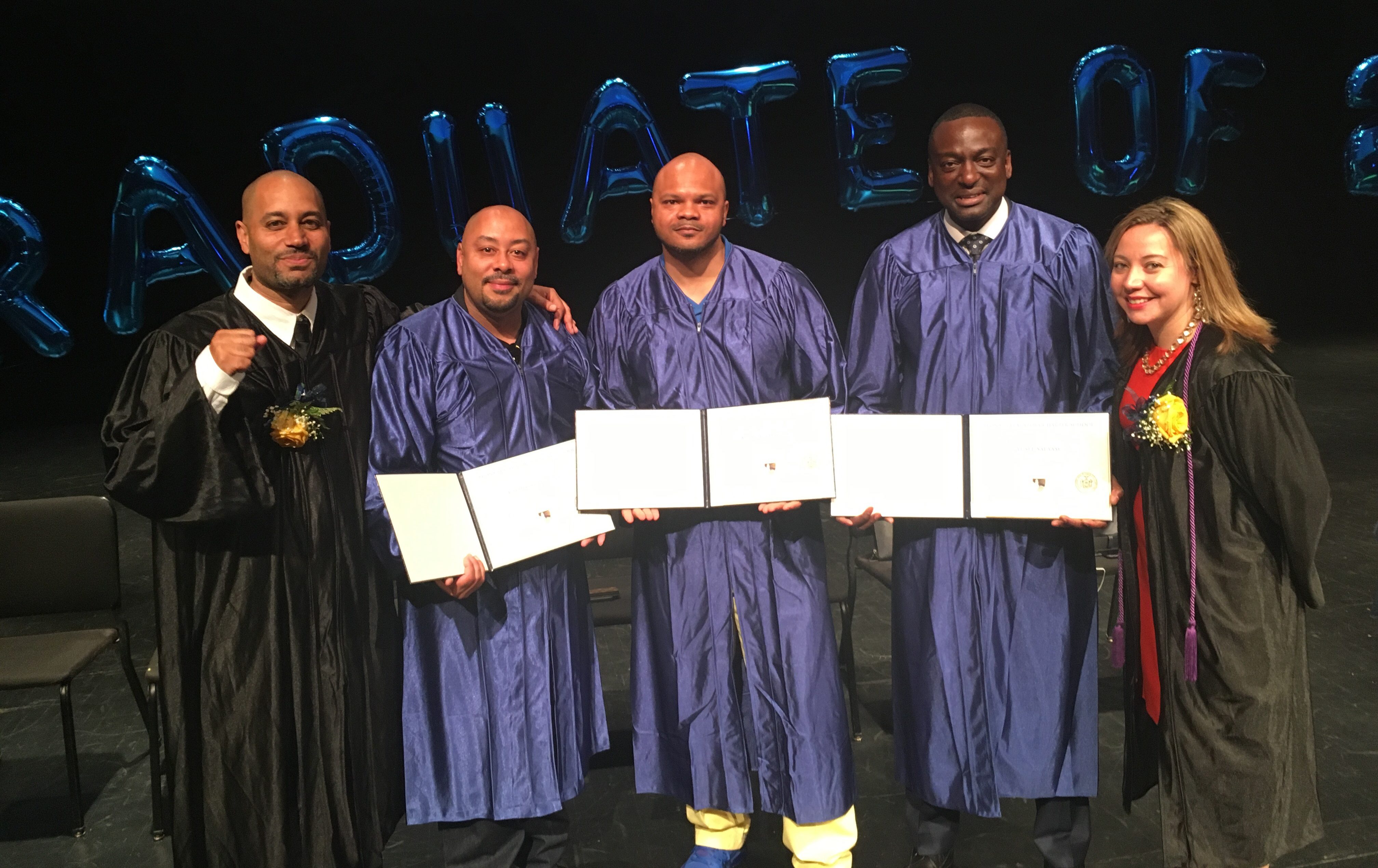 On Monday at the Bronx Preparatory High School commencement ceremony, members of the Central Park Five were given the high school graduation they never had as teenagers.

In January, as part of its Speakers Bureau, the Innocence Project arranged for Richardson to visit the school to address the seniors and take questions. Students and faculty were so moved by his visit that they wanted to invite him back again. Assistant Principle Cassius Gil spoke with Executive Director Emmanuel George and decided that since the five men missed their own high school graduations due to their wrongful arrests and convictions, the school would invite them to graduate with the seniors in June.

Richardson, Salaam and Santana were given caps and gowns and stood among the more than 60 teenagers during the ceremony on Monday, which was held at Lehman College. Each walked across the stage to accept their honorary diplomas. McCray and Wise will be sent their diplomas by mail.

“It’s kind of emotional,” Santana said, according to the New York Times. “When we went to prison, this was taken away from us. It was something we never got to experience. You felt like you were being robbed, and we’ve finally found redemption.”

Salaam delivered the keynote speech, with Santana and Richardson standing by his side.

“Thank you,” Salaam said. “We are honored. We are hopeful. We are blessed. And we accept.”

Request an exoneree speaker for your event here!