Could It Happen Today? 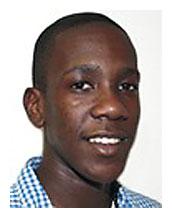 This story originally appeared in


, a magazine written by New York City teens. YCteen is published by

, a non-profit organization that helps marginalized youth develop their full potential through reading and writing. It is an excerpt from a longer article titled “

,” which ponders the question of whether an injustice like the wrongful conviction of the Central Park Five could happen today.


As an African-American teenage boy growing up in New York City, I’m not afraid of the society I’m living in, but I am conscious of the threats around me. I keep in mind the history of prejudice, racism, and injustice that America has tucked away in its pocket, and I know I have a target on my back.

I know I’m not safe from being wrongly accused, because it has happened to me and others around me far too often. Every day, when you share long gazes with police as they look you up and down deciding whether to stop you or let you go on, you are reminded of their presence and reputation. You are reminded of the aggressive nature of their stop and frisks, and their tendency to grab anyone who “fits the description.” That is the kind of accusation you face as a young black man.

I remember one of my friends telling me about his run-in with the police. They stopped him while he was walking past the basketball courts and cuffed him to one of the poles, searching him and even slapping him as words were exchanged. He had nothing on him.

My point is that injustice is ongoing, large scale or small scale. Things like this continue to occur in our society because there is little opposition. Our vision of what’s right has been impaired by racism, fear, and prejudice, and if we don’t side with justice, injustice will keep happening. We can’t be so quick to turn off our mental light bulbs and not think for ourselves. We can’t just brush off the Central Park Five, any more than we can brush off Sean Bell and Trayvon Martin and countless others—they’re reflections of our society.

and watch the Youth Communication’s video interview with Yusef Salaam, a member of the Central Park Five.

youth sub-site to learn about other wrongfully convicted young people