From lending your voice to donating, there are many ways to help while still social distancing. 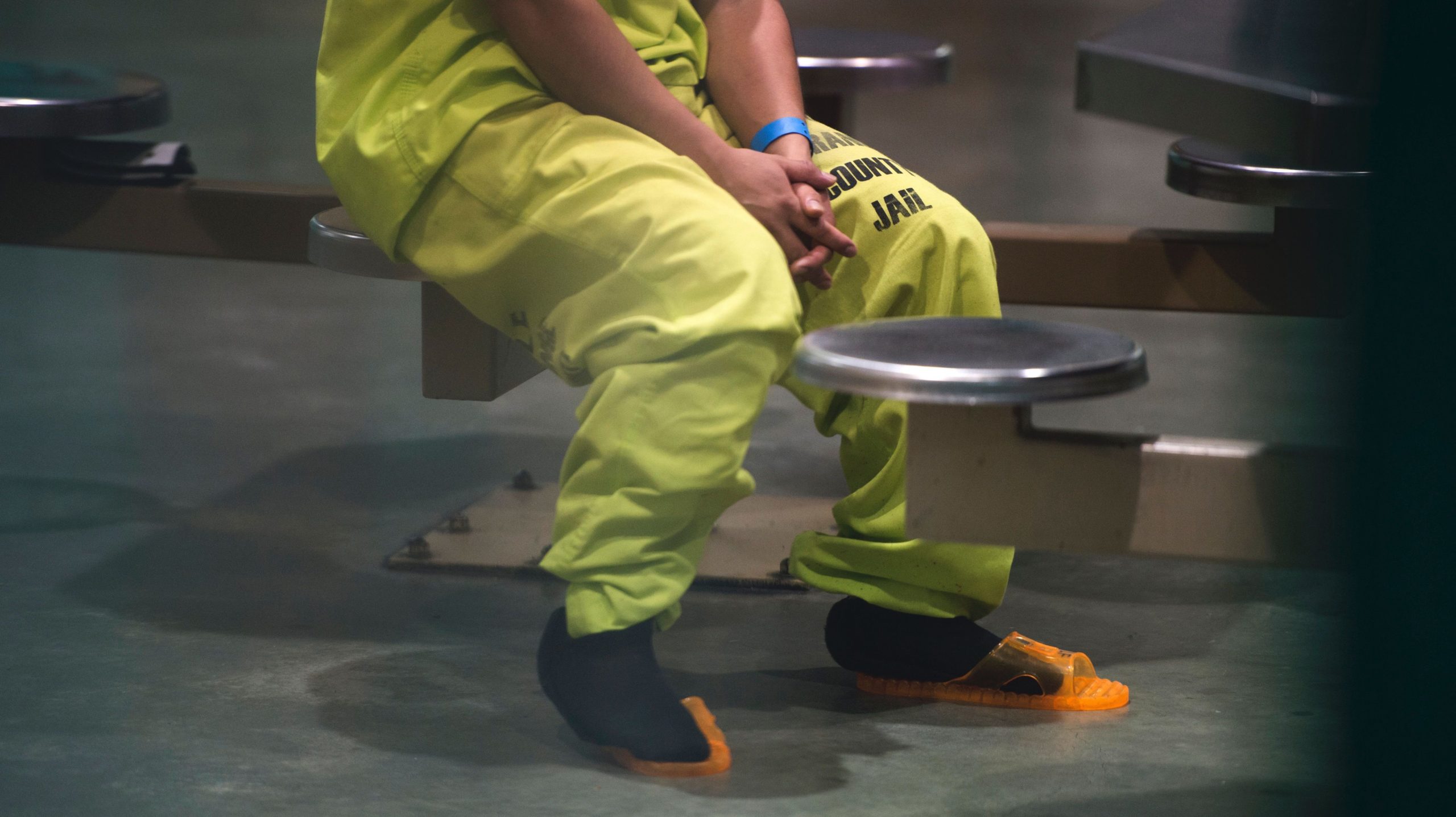 An immigration detainee sits in a high security unit at the Theo Lacy Facility, a county jail, in Orange County, California. [Robyn Beck/AFP via Getty Images]

The first case of coronavirus, also known as COVID-19, in the U.S. was reported almost two months ago. Since then, the number of cases in the country has rapidly climbed, reaching more than 65,000 as of March 26.

And while anyone can become infected with the coronavirus, certain groups are more at-risk if they do become infected, health experts say. In particular, people over the age of 60 and people who have compromised immune systems.

The Centers for Disease Control and Prevention has recommended that people avoid exposure to the virus by frequently and thoroughly washing their hands and by avoiding close contact with others, especially with people who are ill. However, people incarcerated in jails and prisons are largely unable to follow these recommendations, and many have serious health conditions. Additionally, incarcerated people are typically housed in close quarters and lack access to quality health care. Hand sanitizer is considered contraband in prisons, while soap may not be widely available and may have to be purchased, leaving incarcerated people vulnerable to the ongoing global pandemic.

Dozens of people incarcerated in the U.S. have now tested positive for COVID-19. And experts, advocates, and those who work in the prison system expect the virus to spread like “wildfire” once someone in a facility becomes infected.

States and counties have taken varying approaches to dealing with the coronavirus pandemic. Cook County Jail in Illinois released several detainees considered to be “highly vulnerable” to the virus, and Cuyahoga County Jail in Ohio has released hundreds of detainees — releasing them on bonds, placing them on probation, or sentencing them to time-served or community service — to reduce its incarcerated population. Prisons in Texas, Florida and California, however, have taken the opposite approach, limiting or completely suspending visitations and restricting the movement of prisoners.

There are a number of ways you can also get involved and support incarcerated people during this time. From signing petitions to advocating for better treatment of those who are incarcerated to donating to community bail funds that are helping to get people who can’t afford to make bail out of jail, these are some ways you can help while still staying home and doing your part to keep yourself and others safe.

Lend your voice to the cause.

Incarcerated people in Louisiana now have two free 15-minute phone calls and two free outgoing emails every week. The duration of paid phone calls is extended to 1 hour. These are good first steps but phone calls and emails should be free and unlimited during the #COVID19 crisis.