Copping a Plea for a Crime You Didn’t Commit 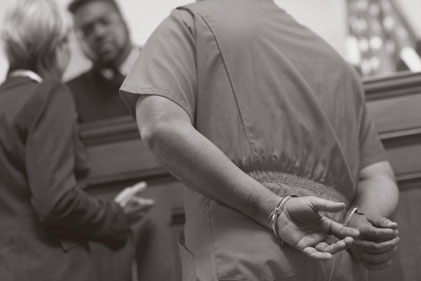 In light of last week’s exoneration of Brian Banks, who pled guilty, Sarokin noted the prevalence of false confessions and the need for more vigilance on the part of the prosecution, judge and defense attorney to ensure that innocent defendants aren’t pressured into plea bargaining. Most cases never make it to trial, with some 95% of cases resulting in plea bargains. Sarokin argues that guilty pleas prove very difficult to set aside, and exonerations such as Banks are the exception.


The defendant, frightened, most often poor, uneducated, a minority member is advised that a trial is likely to end with a conviction and a long sentence, whereas a plea will guarantee a much shorter sentence. Despite his protestations of innocence, the defendant seeks guidance frequently from an over-worked, underpaid defense lawyer who would much prefer a quick deal rather than a long drawn out trial. Of course, not all defense counsel fit that description. Many do not, but even the best and most devoted are required to put this draconian choice to their clients — a guaranteed short sentence versus a potentially long one — possibly life in prison.