Connecticut to Abolish the Death Penalty 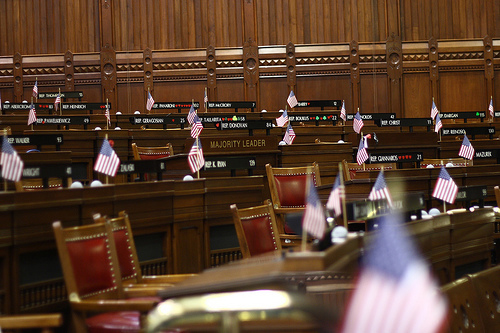 Connecticut will soon become the fifth state in five years to abolish the death penalty, joining Illinois, New Jersey, New Mexico and New York. After over nine hours of debate, the House of Representatives voted 86-62 for the repeal, following a Senate vote on April 5. Governor Dannel Malloy released a statement pledging to sign the bill:


“I’m pleased the House passed the bill, and when it gets to my desk I will sign it. I want to be careful in the tone of my remarks, out of respect for the gravity of the issue at hand and out of respect for people on both sides of the issue. When I sign this bill, Connecticut will join 16 other states and almost every other industrialized nation in moving toward what I believe is better public policy.”

In the last 50 years, Connecticut has executed only one inmate, and only 11 prisoners currently sit on death row. Since the law isn’t retroactive, however, those 11 prisoners still face execution. The state’s decision reflects growing public concern over the administration of the death penalty and the danger of executing an innocent person. Seventeen people have been exonerated through DNA testing after serving time on death row, and 140 death row prisoners have been exonerated overall, according to the


Read about the Innocence Project’s

position on the death penalty