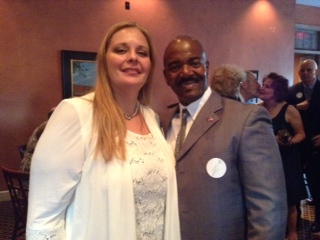 It has been five weeks since Oklahoma inmate Michelle Murphy was exonerated of the murder of her infant son based on new DNA evidence, but her effort to establish a life of freedom is just beginning. Despite the DNA evidence and other previously undisclosed evidence proving Murphy’s innocence in the horrific crime for which she served two decades behind bars, she is only poised to be compensated $175,000 from the state, an amount her attorney Richard O’Carroll called a pittance to

. While some states provide compensation for each year the wrongly convicted spent in prison, Oklahoma is not one of them and instead allows for the maximum of $175,000, regardless of years served.

Rebecca Brown, director of state policy for the Innocence Project in New York, said Oklahoma is one of 30 states that have a law compensating the wrongfully convicted.

“Having that cap certainly prevents people who have served long periods of time from receiving a package that would be able to provide for them,” Brown said.

“Another troubling provision in the Oklahoma law is that anyone who pled guilty to a crime will be barred from getting compensation. … Of our 318 DNA exonerations, we know that 10 percent of our clients pled guilty,” she said.

Many of the nation’s wrongfully convicted go on to receive more money than their states provide for by filing and winning civil lawsuits, but that can sometimes be complicated by the burden to prove that civil rights violations were caused by official misconduct.

“You’d really have to show deliberate and reckless conduct on the part of officials. It’s not enough to say they didn’t really do a great job of investigating the case. … It’s an extremely high bar and litigation takes years and there’s still no guarantee.”

Now that Murphy is free, O’Carroll plans to continue her fight for justice through compensation.