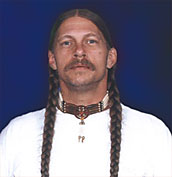 Innocence Project client Robert Dewey is expected to be released today from the Mesa County Courthouse after DNA testing proved his innocence in a 1994 Grand Junction murder. It will be the first DNA exoneration in the state. District Attorney Pete Hautzinger has joined the Innocence Project and other defense counsel in seeking Dewey’s release. MSNBC reports:


Dewey consistently maintained his innocence. At Dewey’s original sentencing, then-Mesa County District Judge Charles Buss was quoted in local media as telling the defendant that, “I am happy to impose it (a life sentence) on you.”

Dewey replied: “There’s still a killer out there.”

Robert Dewey was officially exonerated in a court proceeding this afternoon and has been released.