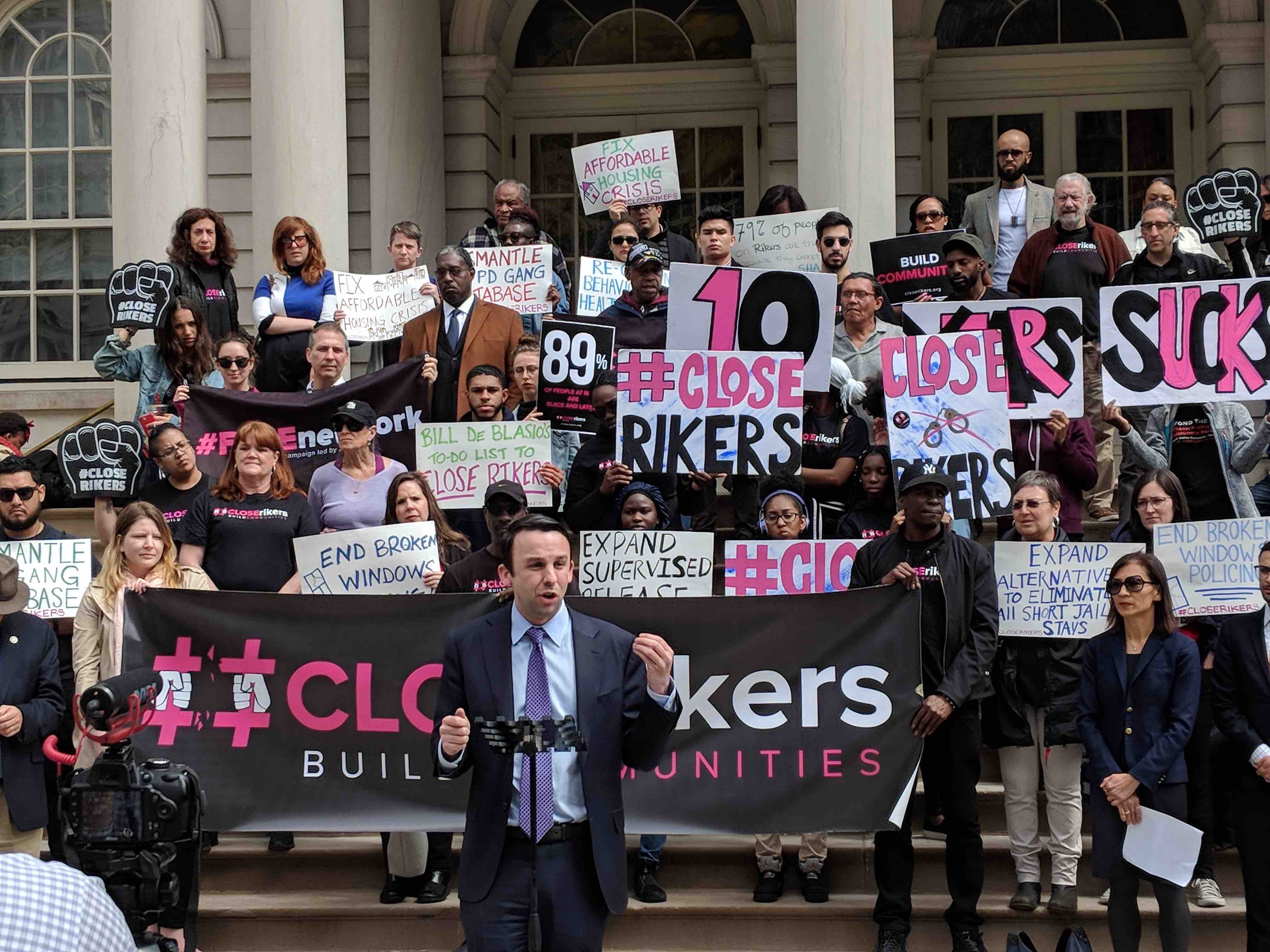 The #CLOSErikers campaign was launched in April 2016 to close Rikers Island, the second largest jail in the country. In recent years, Rikers has received increased media attention due to harsh conditions and various abuses that have occurred behind its walls. Last April, Mayor de Blasio announced his endorsement of a plan to shut down Rikers Island within 10 years.

Today, on the two-year anniversary of its founding, #CLOSErikers hosted a rally on the steps of New York City Hall to demand that Mayor de Blasio decrease the jail population and close Rikers as quickly as possible.

“Rikers Island, a jail engulfed by human brutality, continues to signify mass incarceration, racial disparities and economic injustice—89% of detainees are black or Latino; 79% of people at Riker’s are presumed innocent, awaiting trial; and many have been victimized by a cash-for-bail system. In addition to other needed pre-trial reforms in New York, like discovery and bail reform, it is high time that Rikers, a stain on our city, is shuttered and replaced with borough-based facilities that allow people to be closer to their families, their lawyers and the courts,” said Rebecca Brown, director of policy at the Innocence Project.

The Innocence Project is a proud partner of the #CLOSErikers campaign and supports its efforts to close Rikers as expeditiously as possible.

To join the fight to #CLOSErikers, please visit the campaign’s website here.