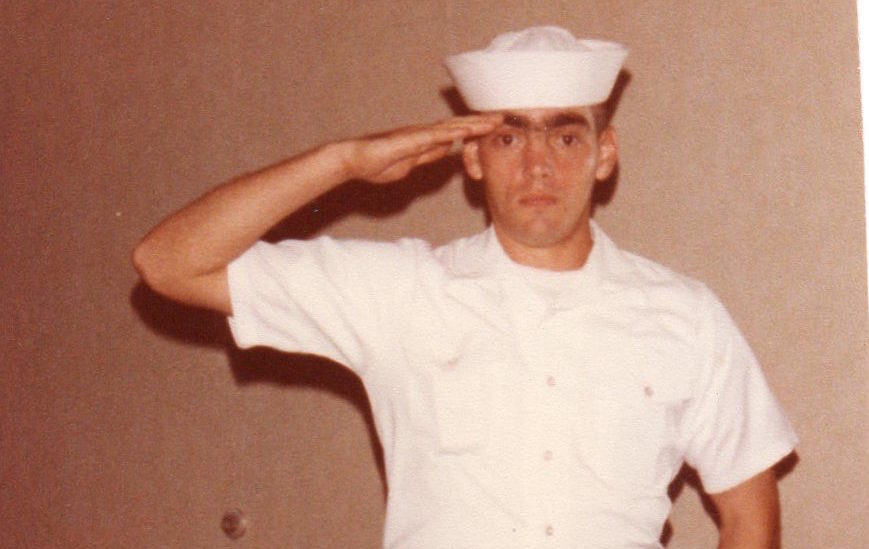 Clay Chabot in the Navy.

Clay Chabot maintained his innocence throughout the 22 years he spent in prison for a 1986 murder. In 2008, Chabot’s conviction was vacated after new DNA test results identified another man as the source of critical evidence from the scene. But despite this clear evidence of Chabot’s innocence, the state indicated it may retry him. Having already served over two decades of a life sentence—and having already been wrongly convicted of murder once before by a Dallas County jury—Chabot accepted a guilty plea in exchange for a sentence of time served.

A few years before he was wrongly convicted, Chabot honorably served in the Navy. In honor of Veterans Day, the Innocence Blog asked Chabot about what it means to be both a veteran and a survivor of wrongful conviction. Here’s what he said:

I joined the Navy in September 1981. Almost everyone in my family served in the military—my father, three of my brothers and one of my sisters. I come from a military family—a family of patriotism.

My title in the Navy was operations specialist. I trained in Dam Neck and in Little Creek, Virginia. I was then assigned to the aircraft carrier USS Saratoga CVA-60, where I served onboard for about two years.

Unfortunately for me, in 1983, I was riding my motorcycle in Jacksonville, Florida, and was hit by a drunk driver. The accident left me in the hospital for a few months. After I was released from the hospital, I was honorably discharged from the Navy.

“A part of me is irritated, angry and disgruntled because I went above and beyond for this country and was repaid by being convicted of a crime I didn’t commit.”

I moved to Texas at the end of 1984. I was there for almost two years before I was arrested and wrongfully convicted in May 1986. As the expression goes, I went to Texas on vacation and wound up on probation.

In some ways, the military environment I was in—onboard a ship and in close quarters with over 6,000 people—actually conditioned me for my survival in prison. Although prison was on dry land, it was a solid structure that contained thousands of men in a close environment. The military helped me to both mentally and physically endure the years I spent wrongly incarcerated.

A part of me is irritated, angry and disgruntled because I went above and beyond for this country and was repaid by being convicted of a crime I didn’t commit. For me to have been wrongly convicted shortly after I was honorably discharged feels like a burn.

Sometimes I blame Dallas for what happened to me; sometimes the state of Texas; and sometimes I extend that blame all the way out to the United States. I did a lot for this country and was then inadvertently screwed over. It left a bitter taste in my mouth.

But, at the same time, I know Dallas, the state of Texas and the United States didn’t do anything directly or indirectly to send me to prison for a crime I didn’t do. I understand there isn’t a direct correlation, and they weren’t the cause of my wrongful conviction. It’s circumstantial, which is why I don’t have any animosity or regret for my time served or for anyone who has served, or is currently serving, our country.

“I’m proud of the time and the service I gave, and I’m grateful and proud of all the people who served before me, after me and continue to serve our country.”

I will say this: the feelings I have about having served this country and also having been wrongfully convicted in this country are complicated.

Every Veterans Day, I am grateful to receive recognition for the time I did serve. Whenever I see a person selling veteran’s hats or anything else that supports veterans, I always contribute. What saddens me is that there are a lot of homeless veterans in this country. Similarly, to what I went through, they served our country and then were discarded. Many people in prison are veterans, too.

In sum, I believe it’s necessary for people to serve and to defend our way of life, our Constitution and our people. I’m proud of the time and the service I gave, and I’m grateful and proud of all the people who served before me, after me and continue to serve our country.

To learn more about Chabot’s story and why innocent people plead guilty to crimes they didn’t commit, visit GuiltyPleaProblem.org.