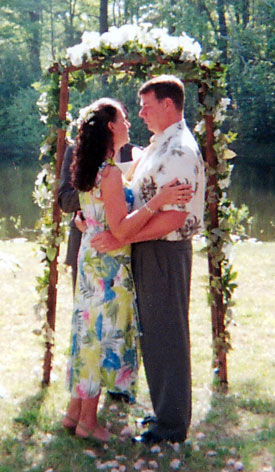 Conover spent 18 years in a Maryland prison on a double-murder charge before DNA testing excluded him as the perpetrator. His conviction was vacated and he was released in 2003, but the state vowed to retry him. Eager to avoid more time in prison, Conover made an Alford plea, in which the defendant does not admit to the crime but concedes that the evidence could persuade a judge or jury to return with a guilty verdict.

“It would not have been worth it to put my mother and my loved ones through another trial,” Conover told the Sun at the time.

Upon release, Conover moved back to his hometown and married his high school sweetheart. They relocated to North Carolina and set up a pet-care business, but the recession took its toll. Conover was never officially exonerated and thus was not eligible for compensation for the nearly two decades he spent wrongfully incarcerated. His business endeavors suffered and, according to his wife, Sue, he suffered from depression, panic attacks and anxiety, all of which worsened over the past two years.

“He knew that, to get help, he needed to commit himself,” Sue told the Sun. “But he didn’t want to be locked up again.”

With the help of attorneys from the Mayer Brown firm, Conover applied for a pardon from then-governor Martin O’Malley, which was rejected in 2012. The Innocence Project was in the process of revising the pardon in the hopes that the new governor, Larry Hogan, would grant Conover the closure he deserved.

A funeral service took place over the weekend in Towson, Maryland.