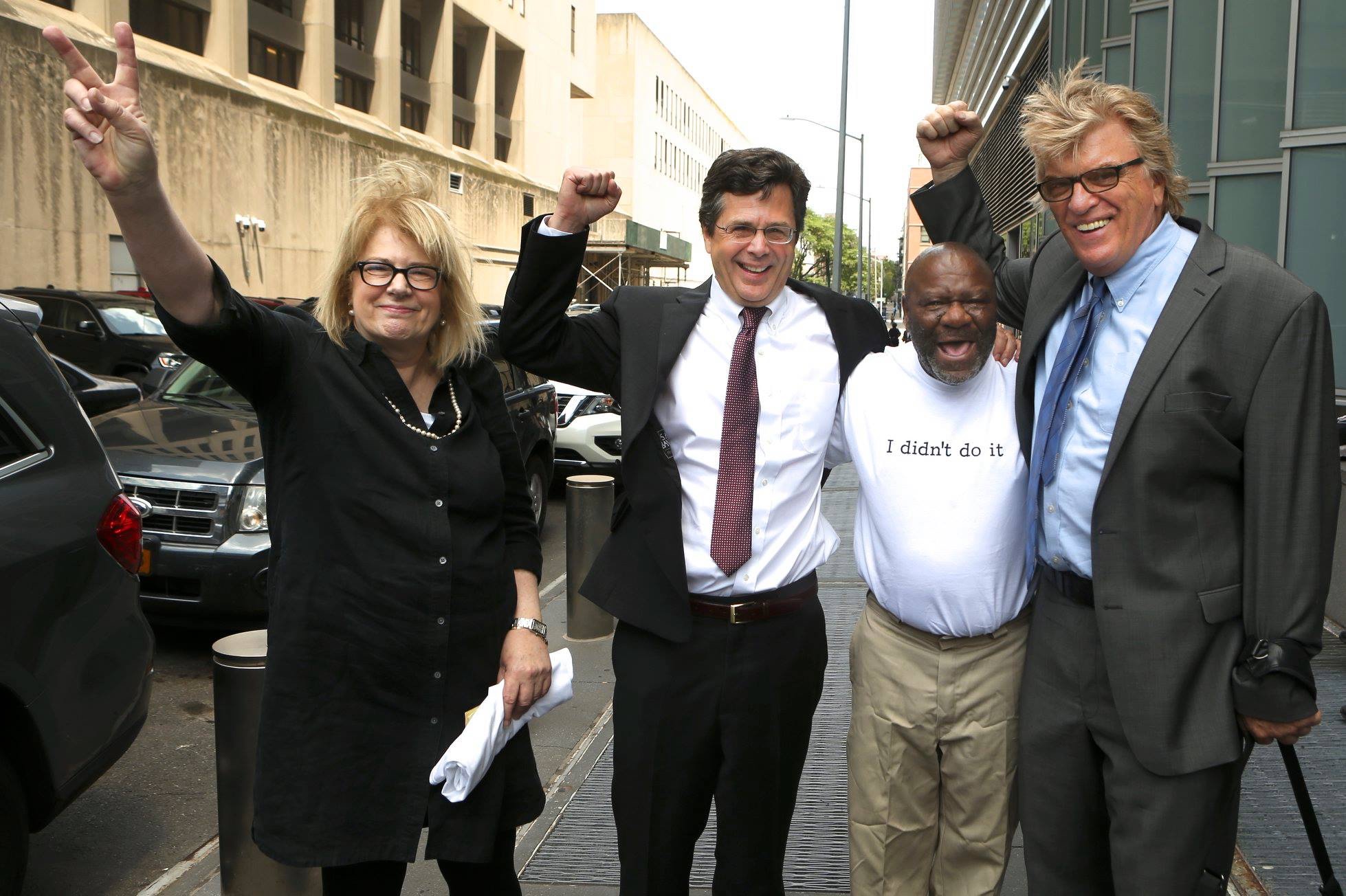 On Wednesday, July 11, 2018, Centurion Ministries client David Bryant was released after spending 42 years in prison for a crime he did not commit.

In 1975, Bryant was wrongly convicted of raping and murdering an 8-year-old girl. Bryant claims he falsely confessed after a 12-hour interrogation by police that included physical abuse.

In 2010, Bryant’s post-conviction attorneys tested his blood type, which had not been established at his first trial. They then compared his blood type to the semen found on the victim’s clothing and determined it could not have belonged to Bryant. Based on this new evidence, Bronx Supreme Court Judge Seth Marvin vacated Bryant’s convictions in 2013.

Bryant’s freedom did not last long. One year later, a state appeals court reversed the lower courts’ decision, and Bryant was sent back to prison.

“Although there was a lack of physical evidence connecting defendant to the crime, his guilt was established on the basis of his voluntary statements to the police, the testimony of several witnesses placing him near the scene of the crime, and evidence indicating consciousness of guilt,” read the court’s ruling. “Since the defendant’s 80-year-old trial counsel testified that he had no memory of representing defendant at his trial in 1976, his inability to recall his reasons for not consulting a serologist or having defendant’s blood type tested did not establish that such actions were not rooted in strategic considerations.”

It wasn’t until last week, however, that Bryant was released from prison for the second time. On July 11, 2018, a three-judge panel for the United States Court of Appeals for the Second Circuit unanimously agreed with Judge Sweet’s determination that Bryant’s attorneys had presented compelling evidence of his innocence.

“The blood typing on the semen indicates that David Bryant is stone cold innocent of this crime,” one of Bryant’s attorneys and Centurion’s Legal Director, Paul Casteleiro, told News 12.

Unfortunately, Bryant’s case is not yet over. He will return to court on September 18 when prosecutors are expected to decide whether or not to retry the case.