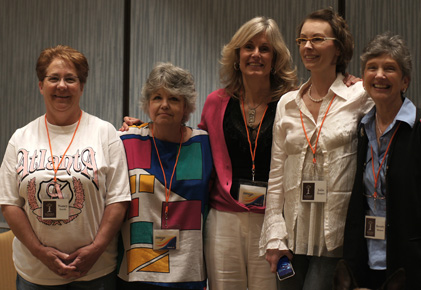 at Northwestern University School of Law, which has exonerated innocent prisoners since 1998, yesterday unveiled the nation’s first organization dedicated solely to exonerating women.


“My career, my life, everything that I ever had was destroyed,” said Gloria Killian, one of the exonerated women who attended Thursday’s news conference at Northwestern University School of Law. “The consequences of wrongful conviction go on forever and ever and ever — and that’s why this project is so important.”

Of the 1,022 exonerations documented on the

, female exonerees make up only six percent. The

found that in 63 percent of those cases there was actually no crime, reported WGN News.

Center for Wrongful Convictions attorney Karen Daniel told reporters at Thursday’s news conference that the disparity in the numbers of exonerations is nowhere accounted for by the difference in the rates of conviction. According to the Project, many cases of wrongfully convicted women involve alleged crimes against their own children, which creates highly emotional situations that could lead to false confessions.

The Women’s Project will advocate for new research in interrogation practices, since questioning and tactics can elicit different responses in women and men.