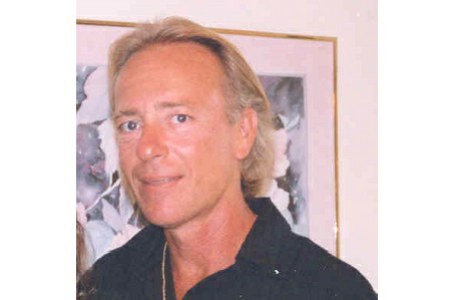 In 2004, eight years after he requested postconviction DNA testing, Wilton Dedge was exonerated and released from Florida prison. In 1982, Dedge was convicted in Brevard County, Florida, of sexual battery, aggravated battery, and burglary. He was sentenced to two concurrent life sentences.

The Crime
The victim was attacked in her home on December 8, 1981. After coming home in the afternoon, she heard a sound while changing clothes and turned to find a man armed with a blade. He cut off her clothes and raped her vaginally and anally. During the assault, the perpetrator cut the victim all over her body. After the assailant left, the victim contacted her boyfriend and was taken to the emergency room, where a rape kit and the victim’s clothes were collected.

The Case
Dedge maintained his innocence, but was convicted in May 1982. His conviction was reversed in 1983, but he was again convicted in August 1984. At trial, the prosecution relied on the victim’s eyewitness identification, microscopic hair comparison, snitch testimony, and dog sniffing evidence to secure the conviction – evidence eventually disproven by DNA testing. Dedge maintained his innocence from the moment of arrest. His mother and brother testified that he had not even been in town when the crime occurred. Several alibi witnesses also testified on his behalf.

The Identification
Four days after the crime, the victim saw a man in a convenience store and told her sister that he resembled her attacker, only he was shorter. The victim’s sister identified the man as “Walter Hedge”. In January 1982, the victim told investigators about the man and the police arrested Wilton Dedge’s brother, Walter. After seeing Walter’s picture, the victim’s sister told police it was Wilton, not Walter, that the victim had seen at the store. Wilton Dedge’s picture was placed in a photographic array and the victim identified him. He was immediately arrested and charged.The victim’s initial description of her assailant, given at the hospital, was six feet tall and approximately 160 pounds. She had been able to compare their relative heights before and during the attack. She also stated that the perpetrator was big and muscular, able to throw her around easily.At the time of the crime, Wilton Dedge weighed 125 pounds and is 5’5″ tall. At the second trial, the investigating officer testified for the first time that Dedge was wearing boots with higher than normal heels to compensate for the difference between the victim’s description and Dedge’s appearance.The Biological Evidence

The prosecution’s hair expert testified that two pubic hairs were found on the victim’s bed. The expert testified that one hair was similar to hairs taken from the victim and the other was from a male and Dedge could not be eliminated as a possible source of that hair. He went on to say that he couldn’t determine the frequency of hair consistencies but that “it would not be a million white people” who would possess hairs similar to the one from the crime scene. Because there is not adequate empirical data on the frequency of various class characteristics in human hair, it is invalid for an analyst to characterize whether consistency is a rare or common event. The hair proved to be the only physical evidence linking Dedge to the crime.

Sperm was found on a swab in the rape kit, but no blood typing results were ascertained.

The Snitch and The Dog

To complete their case, prosecutors relied on the testimony of Clarence Zacke, a jailhouse snitch, and John Preston, who presented dog sniffing evidence.

Zacke was a known snitch and, at the time of Dedge’s trial, received a drastic reduction in his sentences. He claimed that Dedge confessed to the crime while they were being transported together in a prison van.

Preston’s dog allegedly, after sniffing an item with Dedge’s scent on it, alerted its owner to Dedge’s presence in the victim’s house. Preston has since been discredited by prosecutors and Federal Postal Inspectors in several states. Dog scent identification is not a validated science and has played a part in other wrongful convictions later overturned by DNA testing.

In 1996, Dedge was one of the first Florida inmates to seek postconviction DNA testing, several years before the state passed its 2001 law providing for such testing. He won that motion in 2000, and, in June 2001, mitochondrial DNA testing proved that the pubic hair did not come from Dedge. The Innocence Project and local counsel, Milton Hirsch, asked the court to overturn Dedge’s conviction on grounds of innocence. The State, however, argued that because Dedge had won access to DNA testing too early – before there was a law governing postconviction DNA testing – he could not benefit from the new law, or get into court with new evidence of innocence.

For three years, the State opposed Dedge’s motions on procedural grounds, at one time admitting in court that they would oppose Dedge’s release even if they knew that he was absolutely innocent. These paradoxical arguments were roundly rejected last summer by Brevard Circuit Judge Silvernail and again by the 5th District Court of Appeal in April 2004.