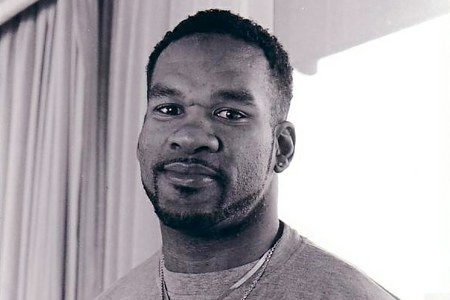 William O’Dell Harris served seven years in prison after improper forensic testimony and an eyewitness misidentification led to his wrongful conviction of a 1984 West Virginia rape. He was exonerated in 1995 after widespread forensic misconduct was uncovered and DNA testing proved his innocence.

Harris was a juvenile at the time of the crime, but the state tried him as an adult. At trial, the prosecution presented the testimony of a sheriff’s deputy relating that the victim had positively identified Harris as her attacker. The victim lived near Harris and originally claimed to have been acquainted with him. She identified Harris in a police lineup and made an in-court identification of him.

The forensics testing was performed by Fred Zain, who improperly testified that the genetic markers in the semen left by the assailant matched those of Harris and excluded 96.1% of the population. In fact, the serology testing should not have excluded anyone. Serology testing showed that the victim and the perpetrator shared the same blood group markers. When the evidence being tested is a mixed stain of semen from the perpetrator and vaginal secretions from the victim – and testing does not detect blood group substance or enzymes foreign to the victim – no potential semen donor can be excluded because the victim’s blood group markers could be “masking” the perpetrator’s. Under such circumstances, the failure to inform the jury that 100% of the male population could be included and that none can be excluded is highly misleading.Harris claimed to be with his girlfriend at the time of the crime, but she was the only witness who could corroborate his alibi. Harris was convicted of second degree sexual assault and on July 24, 1987, he was sentenced to ten to twenty years in prison.

After Harris was convicted, evidence began to mount about Fred Zain’s forensic misconduct. A former director of the West Virginia state crime lab, Zain testified for the prosecution in 12 states over his career, including dozens of cases in West Virginia and Texas. DNA exonerations and new evidence in other cases have shown that Zain fabricated results, lied on the stand about results and willfully omitted evidence from his reports.

On November 10, 1993, the West Virginia Supreme Court of Appeals authorized special proceedings in any case involving Zain’s testimony. One week later, Harris’s attorneys filed on his behalf, consenting to DNA testing of the evidence as a condition of relief. On December 8, 1993, the motion was granted and the case was remanded to the Circuit Court. On December 29, 1993, the court ordered prosecutors to release the trial evidence for testing. More than a month later, the judge repeated his order. The judge freed Harris to home confinement on $200,000 bond in June 1994. At the same hearing, the judge again ordered the prosecutor to release the evidence for DNA testing. The sheriff’s department stated that all evidence from the trial had been lost. An investigator with the public defender’s office subsequently found a slide containing semen at the medical center where the victim had been examined after the crime.

On September 13, 1994, hearings were held to address a prosecution motion to reconsider the order to release the evidence. The court ordered for a fourth time that the evidence (the slide from the medical center and a sample of the victim’s blood) be released for DNA testing. Harris’s attorneys filed a contempt of court motion on the prosecution in November 1994. During these hearings, the district attorney stated that the victim was being uncooperative about giving a blood sample but that his office had sent the evidence slide for testing.

The results of DNA testing revealed that Harris’s profile did not match the DNA extracted from the spermatozoa on the evidence slide. Harris asked the circuit judge to dismiss the case against him, but prosecutors requested that a second test be conducted by a court approved laboratory. The prosecution’s request was granted.

After replicate testing also indicated that Harris was not the donor of the spermatozoa on the slide, the district attorney held a press conference in August 1995, to state that Harris was innocent. On October 10, 1995, Harris’s conviction was vacated. Harris had served seven years of his sentence and one additional year in home confinement. The detective who testified in this trial was later convicted of perjury.