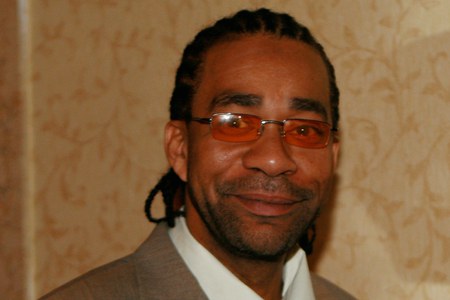 Vincent Moto walked out of prison after eight years of incarceration in July 1996. In 1998, an independent laboratory confirmed the exculpatory DNA test results.

The victim in this case was attacked a little after midnight on December 2, 1985, while walking in Philadelphia. A Chevrolet Caprice pulled up beside her and the passenger of the car, later identified as Vincent Moto, got out, pulled a gun on the victim, and forced her into the car. The two men drove the car to another location and proceeded to simultaneously and continuously sexually assault the victim. They then stole her money, gold chain, and glasses, and drove around the block. She was pushed out of the car half naked. Five months later, the victim was walking down the street when she saw Vincent Moto walking with a young woman and child. After asking a man from a nearby office to join her, the victim confronted Moto on the street.  Assuring her that there must be some misunderstanding, Moto agreed to remain with the man while she went to get the police.

At trial, the prosecution revealed, during cross examination of Vincent Moto’s mother, that Moto had been convicted in the past for crimes in relation to his girlfriend. At trial, Moto and his parents testified that he was at home at the time of the crime. The prosecution’s case hinged upon the victim’s identification of Vincent Moto as being one of her two assailants.

Post-verdict motions were filed by Thomas L. McGill, Jr., alleging ineffective trial counsel. Evidentiary hearings on September 11, 1987, and January 12, 1988, the court denied the motions and sentenced Moto to an aggregate term of twelve to twenty-four years. A motion was filed asserting that DNA testing should be conducted. The Court of Common Pleas denied the motion, but made sure that all evidence pertaining to this case would be preserved. The Innocence Project became involved in requesting that testing be conducted on a pair of the victim’s underwear, which contained semen from the crime.

Testing was performed at Forensic Science Associates in California. The results eliminated Vincent Moto as the source of the spermatozoa on multiple samples obtained from the victim’s underwear. A motion was filed to vacate the conviction based on exculpatory test results.

On November 13, 1995, Judge Joseph Papalini vacated Moto’s conviction and granted him a new trial based on the DNA results, though the district attorney’s office was not yet ready to drop the case against Moto, alleging that it wanted to have its own laboratory conduct PCR based DNA testing. Vincent Moto walked out of prison after eight years of incarceration in July 1996. In 1998, an independent laboratory confirmed the exculpatory DNA test results.