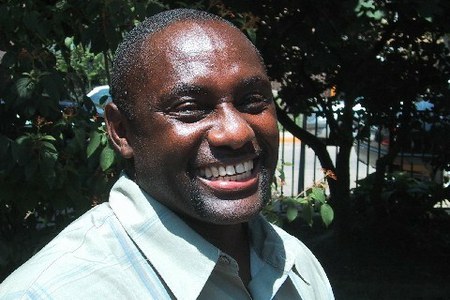 On August 1, 2005, Thomas Doswell was released from prison after serving more than 18 years for a crime he did not commit. He was convicted in 1986 of rape, criminal attempt, simple assault, terroristic threats, and unlawful restraint. Postconviction DNA testing in 2005 conclusively proved that Doswell could not have been the man that committed this crime.

The Crime
In March 1986, a white woman was attacked by an African American man as she entered the hospital where she worked in Pittsburgh, Pennsylvania. The perpetrator followed her into the building and then the cafeteria. He locked the cafeteria doors behind him, threatened to kill the victim, and then forcibly raped her. A short while later, a co-worker began banging on the cafeteria doors in an effort to help the victim. The assailant fled the hospital and was chased for three blocks by another hospital employee.

The victim was taken to another hospital, where a rape kit was collected. Investigators also took the victim’s clothing as evidence. Though nothing was found on the clothing, the Allegheny County Crime Laboratory found evidence of spermatozoa on the vaginal swabs from the rape kit.

The Evidence and The Trial
On the day of the crime, the police showed the victim a photographic lineup. None of the photographs were marked except for Doswell’s. His photograph had the letter “R” written on it. At trial, a police officer explained that photographs marked with an “R” represented photographs of people who had been charged with rape.

After this identification, Doswell was arrested and charged. At trial, both the victim and the co-worker who had initially come to her aid made in-court identifications of Doswell. Testing was performed on samples from the rape kit. The serologist found A, B, and H antigens on the samples. Because the victim was a type AB secretor, no conclusions could be made about what blood type the rapist was because the victim’s type masked the perpetrator.

Doswell’s defense challenged the reliability of the identifications, arguing that the photographic lineup was faulty due to Doswell’s picture being the only picture that was marked. The defense also argued that Doswell did not fit the victim’s initial description of her attacker.

A jury convicted Doswell of rape, criminal attempt, simple assault, terroristic threats, and unlawful restraint in November 1986. He was sentenced to 12-26 years (aggregate).

Post-Conviction
Doswell continued to attack the reliability of the eyewitness evidence against him, but was unsuccessful in his appeals. In December 1996, Doswell contacted the Innocence Project. In 1998, Doswell filed a request for testing but was denied because the motion was filed too late. In 2004, after confirming that the evidence from trial was located in the police department’s property room, the Innocence Project and local counsel James DePasquale filed a motion to gain access to the evidence and have it subjected to DNA testing. Testing was granted in March 2005.

For nearly 19 years, Doswell has maintained his innocence. Refusing to confess to a crime he did not commit, Doswell was turned down for parole four times. Only one week after exculpatory test results returned from the Allegheny County Crime Lab, prosecutors agreed to join in Doswell’s motion to vacate his conviction and sentence.

Thomas Doswell was released on August 1, 2005, and welcomed home by his family. He was 25 years old when he was arrested for this crime in 1986.