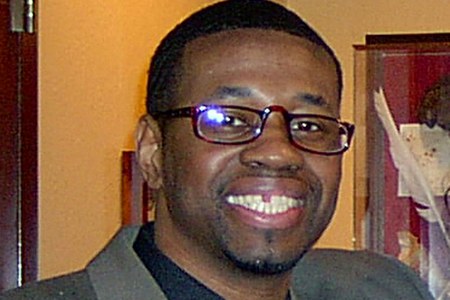 On February 2, 2004, Stephan Cowans became the 141st person in the United States to be exonerated as a result of postconviction DNA testing. On January 23, 2004, having proclaimed his innocence for over five and a half years, Cowans walked out of the Suffolk Superior Court in Boston, Massachusetts. He was officially exonerated at a hearing on February 2, 2004.

On May 30, 1997, an officer of the Boston Police Department was shot twice with his own service weapon in the backyard of a house in Jamaica Plain following a short struggle with an unknown assailant. The assailant fired an additional shot at an individual who was standing in the window of a second floor bedroom. The assailant ran from the scene, leaving the baseball hat he was wearing. He forcibly entered a nearby home, where he stopped to drink from a glass of water. The assailant then fled, leaving both the gun and the sweatshirt he had been wearing.

Approximately two weeks later, the injured police officer identified Stephan Cowans from a photo array composed of eight photographs. On July 2, 1997, the officer attended a lineup and once again singled out Cowans as the man who had shot him. On that same day the individual who had been watching from his second floor bedroom window also identified Cowans as the assailant.

The family who had been present in the home that the assailant had forcibly entered, and who had spent the most time with the assailant, did not identify Mr. Cowans from the lineup.

On May 22, 2003, the Suffolk Superior Court issued an order approving a stipulation – entered into between the Innocence Project, Cowans’s counsel, and the Commonwealth – for the release of the glass mug, swabs taken from the mug, a baseball hat, and the white sweatshirt for the purposes of DNA testing. The tests revealed conclusive results. The primary profile located on the baseball hat matched the profile located on the swab taken from the rim of the glass mug used by the perpetrator. Stephan Cowans was excluded as the source of the DNA on these items.

In January, 2004, the Commonwealth requested that the white sweatshirt worn by the assailant also be submitted for DNA testing. The results revealed the same profile found on the baseball hat and the swab of the glass mug, and once again did not match the DNA profile of Cowans.

After reviewing the DNA test results, the Suffolk County District Attorney re-analyzed the fingerprint that had been used to convict Cowans. This re-examination showed that the fingerprint did not actually belong to Cowans.

On January 23, 2004, Cowans walked out of prison and into his family’s embrace. He had been incarcerated for five and a half years for a crime he did not commit. There is an ongoing investigation into how such a mistake in the fingerprint analysis was made.

On October 26, 2007, Stephan Cowans was found dead in his home. Police said he had been shot to death, and an investigation is continuing.