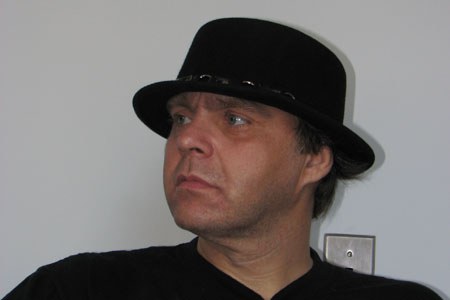 By using Freedom of Information laws to request copies of his own court documents, Roy Brown solved his own case. DNA testing compared the suspected true perpetrator to DNA from a bite mark found on the victim and confirmed the truth of his suspicion.

On May 23, 1991, the victim, a social service worker, was found beaten, strangled and stabbed to death near the upstate New York farmhouse where she lived. The victim had been bitten numerous times all over her body. At the scene, police collected a bloody nightshirt and swabbed the bite marks for saliva. The victim’s farmhouse had also been set on fire.

Roy Brown became a suspect because he had recently been released from a short jail term resulting from a series of threatening phone calls to the director of the social services agency where the victim worked. A year earlier, the agency had placed Brown’s daughter into a residential care facility. The victim was not involved in the case.

A man that Brown was incarcerated with testified that, after his release, Brown called him and confessed to the crime over the phone.

The prosecution relied on the testimony of a bite mark analyst who stated that the seven bite marks on the victim’s body were “entirely consistent” with Brown. The prosecution did not disclose that another expert had examined the bite marks before trial and excluded Brown as the source. A defense expert stated that six of the bite marks were insufficient for analysis and the seventh excluded Brown because it had two more upper teeth than he had.

Saliva from the nightshirt and bite mark swabs were analyzed with inconclusive results.

Brown then took it upon himself to try and find the victim’s true killer. After a fire destroyed all of his court documents at his step-father’s house, he asked for copies of his documents under the Freedom of Information Act. He found documents that had not been disclosed to the defense implicating another man, Barry Bench. Bench had acted oddly around the time of the murder and was upset at the victim because the farmhouse that she lived in belonged to the Bench family (she had dated Bench’s brother up until two months before the murder). In 2003, Brown wrote to Bench, telling him that DNA would implicate him when Brown finally got testing. Bench committed suicide by stepping in front of an Amtrak train five days after the letter was mailed.

In 2005, the Innocence Project took on Brown’s case and discovered that there were six more saliva stains on the nightshirt that could be tested. In 2006, DNA testing proved that the saliva on the shirt did not match Brown. After this exclusion, the Innocence Project located Barry Bench’s daughter, who gave a sample of her DNA. Half of her DNA matched the saliva on the shirt: exactly what you would expect from a daughter.

Roy Brown was released from prison on January 23, 2007. The prosecution formally dropped all charges on March 5, 2007.

Roy Brown passed away in July 2019 of unknown causes.