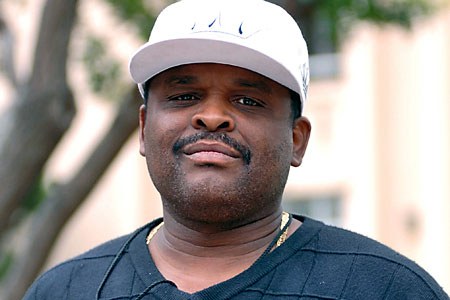 Ronnie Taylor served 12 years in Texas prison before DNA testing proved his innocence in 2007 – and implicated another man already in prison for other crimes. DNA testing was being used in courtrooms when Taylor was convicted in 1995, but an analyst from the Houston Police Department Crime Lab testified that there was no biological evidence left by the perpetrator at the crime scene. Her testimony was incorrect, and Taylor was sentenced to 60 years for a crime he didn’t commit.

The Crime
In the early morning hours of May 28, 1993, a woman was awakened in her apartment by a male intruder holding a knife against her neck. She struggled against him, but was afraid for her life and the safety of her three children sleeping in the next room. The man told her he would kill her if she screamed. He forced her to remove her clothes, and he raped her on the bed. He then fled, telling the victim not to move.

The Investigation and Identification
The victim called police after the perpetrator left; they arrived about 40 minutes later and took her to a hospital. Officers examined the crime scene and found that the perpetrator had gained access to the house by removing a screen window. An officer noticed a wet spot on the bed sheet, and collected the sheet as evidence. A coin purse with $32 in cash had been stolen from her house as well.

The victim told police she was unable to see the perpetrator’s features during the rape because it was dark in her room. She believed he was African-American, between 20 and 30 years old, with a short Afro and mustache. She told officers that she had felt the shape of his face and body during the attack, including his ears, nose, eyelids, neck, shoulder and mouth. She said she believed the perpetrator had ejaculated because she felt “all this stuff down my leg afterwards.” Ten days after the crime, the victim gave police a new statement with more details, including that the perpetrator was about six feet tall, had a round face with bumps on his cheeks and ears that “stuck out a little.”

Taylor became a suspect because he lived near the victim. He participated in a live lineup at the police station, which was videotaped because the victim could not be reached. Nearly six weeks after the crime, one officer brought the tape to the victim’s house and showed it to her while she was caring for her children. There were no witnesses or representatives for the defendant present. The victim said she watched the video twice and suddenly “remembered” that the perpetrator was missing a front tooth. Taylor was also missing a tooth. She identified Taylor in the videotaped lineup.

Forensic Evidence
Before trial, Ronnie Taylor’s lawyers filed for DNA testing on the victim’s clothing and bedsheets. The court granted this motion, but the Houston Police Department Crime Lab reported that there was no semen discovered on the clothing or sheets. Because there was apparently no biological material from the perpetrator to test, no DNA testing was conducted.

The Trial
In 1995, Taylor was charged with aggravated sexual assault and went to trial before a jury. With no forensic evidence connecting Taylor to the crime, the prosecution’s main evidence was the victim’s eyewitness identification of him. In her trial testimony, the victim provided new details for the first time. She said that she caught a glimpse of the attacker for about three seconds as he left the house in light from floodlamps outside on the street.

Maurita Carrejo, a serologist at the Houston Police Department Crime Lab, testified that she tested several items in the case for the presence of semen – including the victim’s bedsheet, her nightgown and bra, and the contents of the rape kit collected at the hospital. She said she determined that semen was not present on the items and no further testing was conducted.

The defense challenged the videotape lineup procedure, asking why police had been unable to schedule a lineup for a time that the victim could go to the police station, as she had gone to the station multiple times during the investigation. Defense counsel alleged that the videotape procedure was unreliable, as it was conducted in a uncontrolled environment that could have influenced the victim. The defense also pointed out the identity of another possible perpetrator, known as “Chili Charlie,” who fit the description and was in the area of the attack at the time of the crime. Prosecutors replied that police had investigated this person and had reliably eliminated him as suspect.

On May 2, 1995, the jury convicted Taylor of sexual assault and he was sentenced to 60 years in prison.

Post-Conviction
The Innocence Project accepted Taylor’s case in 2006, and located the evidence from the crime scene. It was tested at the ReliaGene Technologies DNA lab in 2007, and semen was in fact discovered on the victim’s bedsheet. The testing was  conducted on the exact spot on the sheet that the Houston Police Department Crime Lab analyst had claimed to test before Taylor’s trial. DNA testing on the spermatozoa cells revealed the profile of a man other than Ronnie Taylor, proving his innocence. Additionally, this profile was compared with the state DNA database. It matched another man, Roosevelt Carroll, who lived near the crime scene at the time of the attack, had a history of committing sex crimes and was already in prison. Law enforcement records show that Carroll was known as “Chilli-Chetter” – a nickname similar to the alternate suspect presented at trial by Taylor’s defense.

After serving 12 years in prison – and two years in jail awaiting trial – Ronnie Taylor was released on October 9, 2007 and officially exonerated in January of 2008 when prosecutors dropped all charges pending against him.

Taylor is not the only person whose wrongful conviction rested, at least in part, on faulty work in the Houston Police Department Crime Lab. In 2002, while Taylor was in prison, the HPD lab’s DNA section was closed due to an audit uncovering deficiencies in procedures, personal training and interpretation and documentation of test results. An independent review was started, and came to a close in 2007. The review uncovered problems with testing conducted at the lab in hundreds of cases. At least two other people – George Rodriguez and Josiah Sutton – have been exonerated after being wrongfully convicted based partly on faulty evidence from the Houston crime lab.

Ronnie Taylor passed away in September 2018.

Type of Crime: Other, Sex Crimes