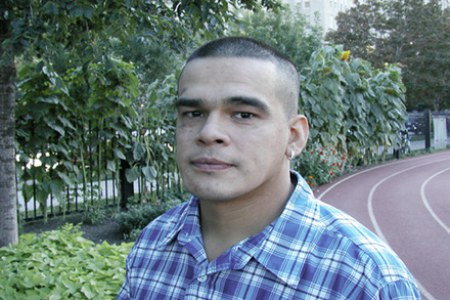 On February 23, 1983, 10-year-old Jeanine Nicarico disappeared from her home in Naperville, Illinois. Suffering from the flu, Jeanine was at home alone when she was abducted. Her body was found two days later. She had been raped and beaten to death. The only clue left behind was a boot print on the front door of the home.

A $10,000 reward attracted the attention of Rolando Cruz, a 20-year-old gang member who gave the police a fabricated story in the hope of collecting the reward. In the process, Alejandro Hernandez and Stephen Buckley were also implicated. On March 8, 1984, on the basis of his statements and other statements by several witnesses, Cruz, Hernandez and Buckley (whose boot print was said to have been found on the door of the Nicarico house) were arrested. All three were charged with the murder of Jeanine Nicarico, residential burglary, home invasion, aggravated kidnapping, aggravated indecent liberties, deviate sexual assault, and rape.

Before the 1985 trial, the lead detective in the case, John Sam, resigned in protest, because he believed the three men were innocent. Undaunted, prosecutors pressed ahead, basing their case on a false police claim that Cruz had revealed details of the crime that only a participant would have known, on the testimony of five informants who claimed that Cruz and Hernandez had confessed, on an inculpatory statement Hernandez had made while angling for a reward, on two erroneous eyewitness identifications of Buckley as the driver of a car that might have been used in the crime, and on invalid forensic testimony purporting to link Buckley to the boot print left by the killer.  In addition, the original investigation was misled by erroneous dog scent evidence suggesting a multi-perpetrator crime.

The jury found Cruz and Hernandez guilty, but could not reach a verdict on Buckley. Cruz and Hernandez were sentenced to death, and Buckley was held without bond for retrial. Shortly after the trial a serial killer named Brian Dugan confessed that he alone had committed the crime. Prosecutors dismissed the charges against Buckley, but steadfastly defended the convictions of Cruz and Hernandez. On January 19, 1989, their convictions were reversed on appeal because of prejudicial errors by prosecutors and the trial court judge.

Cruz and Hernandez were retried separately and again convicted, largely because much of the evidence proving that Dugan had committed the crime was excluded from consideration. Cruz was again sentenced to death and Hernandez to 80 years. Even after DNA testing in 1992 excluded both men as sources of biological material recovered from the victim, prosecutors refused to relent. Assistant Attorney General Mary Brigid Kenney, who was assigned to oppose Cruz’s second appeal, sent a memo to Illinois Attorney General Roland Burris identifying numerous errors in the investigation and trial leading to Cruz’s conviction, including “perjured testimony” and “fraudulent investigations by local officials.” Burris disregarded Kenney’s memorandum, and she resigned in protest.

In 1995, after Cruz’s second conviction was reversed and lawyers were preparing for a third trial, a police lieutenant testified at a pre-trial hearing that he took a call from two detectives who reported Cruz had made admissions. By the time the third trial started, the lieutenant had discovered that he was on vacation in Florida on the day in question and could not have taken the phone call from the detectives. The lieutenant’s testimony created a damaging link in the claim that Cruz had made admissions and was a critical factor in the trial court judge acquitting Cruz at the close of the prosecution evidence on November 3, 1995. Cruz was released immediately. Cruz was issued a full pardon based on innocence. Charges against Hernandez were dismissed and he was freed a month after Cruz.

DNA eventually established definitively that Dugan committed the rape and murder of Jeanine Nicarico. He pleaded guilty and, after a jury hearing, was sentenced to death in 2009. In March 2011, Illinois Governor Pat Quinn signed legislation abolishing the Illinois death penalty and commuted the death sentences of Dugan and 14 other men then on death row to life in prison without parole.