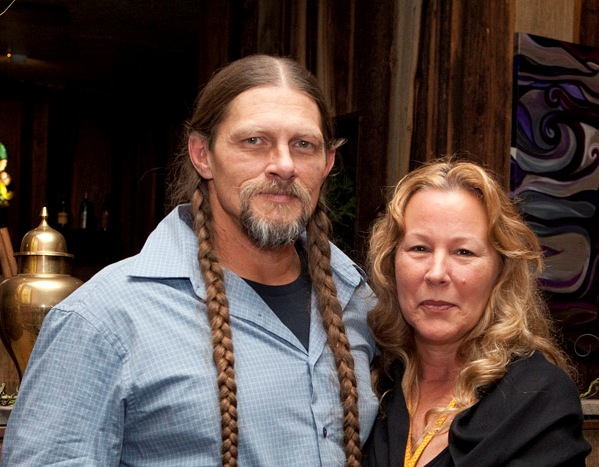 On Monday, April 30, 2012, a district judge dismissed all charges against Robert Dewey and declared him innocent. After serving 17 years in prison, Dewey became a free man.

On June 4, 1994, 19-year-old Jacie Taylor was found dead in her bathtub. Neighbors had discovered a leak into their apartment at 7:00 am that morning; upon entering Taylor’s apartment two hours later, they found her body and immediately called the police. According to the medical examiner who examined the body, Taylor appeared to have been strangled by a nylon dog leash or horse lead and had been sexually assaulted shortly before her death.

The police and prosecutor built a circumstantial case against Dewey.  He initially emerged as a suspect in the case when police heard from several of Taylor’s friends that she was afraid of Dewey.  Police also learned that Dewey hid from them when they came to question him and several of the victim’s friends. Furthermore, when police later found and questioned him, he initially gave police a fake name. Despite this, Dewey ultimately cooperated with police during the investigation and subsequent interrogations. Dewey admitted that he knew the victim and had been to her house, but he denied any involvement in or knowledge of the crime. When he was questioned again, police recovered a t-shirt belonging to Dewey, which was stained with oil, grease and blood.

During the investigation, police recovered the shirt Dewey was wearing when the crime occurred. The shirt had several bloodstains on it. Dewey claimed that it was his blood on the shirt, but police didn’t believe him.  Using the methods of DNA testing that were available in the early 1990s, police tested the blood from Dewey’s shirt. The testing confirmed that the blood on the shirt was consistent with Dewey, the victim, and 45 percent of the population.  In addition to testing Dewey’s shirt, the State conducted DNA testing on the victim’s fingernails and semen from a blanket where she was raped.   This testing confirmed that Dewey was not the source of the semen or the DNA found under the victim’s fingernails. Despite this, prosecutors continued to pursue Dewey based on the other circumstantial evidence.

At Dewey’s trial in 1996, the prosecution relied on the DNA results from testing the blood on Dewey’s shirt, emphasizing that the profile was consistent with the victim’s blood.  The prosecution also emphasized Dewey’s suspicious actions during the initial stages of the investigation. Dewey continued to assert that the blood on his shirt was his own blood, not the victim’s, and he argued that the real perpetrator was the person who left semen on the blanket and male DNA under the victim’s fingernails. The prosecutors countered this by arguing that there must have been a second perpetrator who assisted Dewey in committing the crime.

The jury found Dewey guilty of first-degree murder and sexual assault. He was given a life sentence with no possibility of parole. At his sentencing hearing, Dewey warned the judge, “There is still a killer out there.”

Dewey’s conviction was affirmed in his initial appeals. The Innocence Project began working on Dewey’s case in 2007 when Dewey and his appointed post-conviction counsel, Danyel Joffe, reached out to the Innocence Project for assistance. In late 2009, Joffe and the Innocence Project discovered that Forensic Analytical Sciences retained DNA extracts from the pretrial DNA testing of the blood on Dewey’s shirt. FAS re-tested this evidence using more advanced methods, and this testing definitively excluded the victim as a source of the blood on Dewey’s shirt. Furthermore, the DNA from the semen from the blanket matched the DNA from the victim’s fingernail scrapings, neither of which matched Dewey.

The Innocence Project and Joffe brought this evidence to the attention of the Colorado Attorney General’s Justice Review Project—a grant-funded organization tasked with reviewing cases in which DNA evidence could lead to exonerations. The project agreed to retest several additional items of evidence at the Colorado Bureau of Investigation laboratory. This testing confirmed the results from FAS and developed a DNA profile suitable for comparison to the CODIS DNA databank.  The comparison yielded a “hit” to another man in the database.

That man was already serving a life sentence for a 1989 home invasion rape and murder in Fort Collins. After an extensive investigation by the Mesa County Prosecutor, the Colorado Attorney General, the Mesa County Sheriff’s Department, and the Colorado Bureau of Investigation, concluded that Dewey was innocent and that the actual perpetrator was the man whose semen and DNA was left at the crime scene.

On April 30, 2012, Joffe, the Innocence Project, and the Mesa County District Attorney’s Office jointly filed a motion to vacate Dewey’s conviction.  The Court granted the motion and declared Dewey innocent.  That same day, the Court issued an arrest warrant for the actual perpetrator.