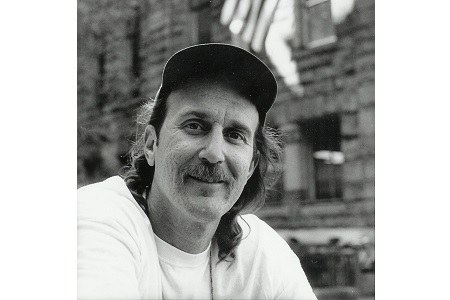 On the morning of December 29, 1991, the body of the thirty-six year old victim was found, nude, in the men's restroom of the Phoenix, Arizona bar where she worked. She had been fatally stabbed, and the perpetrator left behind little physical evidence. Blood at the crime scene matched the victim's type, and saliva on her body came from someone with the most common blood type. There was no semen and no DNA tests were performed.

Investigators relied on bite marks on the victim’s breast and neck. Upon hearing that the victim had told a friend that a regular customer named Ray Krone was to help her close up the bar the previous night, police asked Krone to make a Styrofoam impression of his teeth for comparison. On December 31, 1991, Krone was arrested and charged with murder, kidnapping, and sexual assault.

At his 1992 trial, Krone maintained his innocence, claiming to be asleep in his bed at the time of the crime. Experts for the prosecution, however, testified that the bite-marks found on the victim’s body matched the impression that Krone had made on the Styrofoam and a jury convicted him on the counts of murder and kidnapping. He was sentenced to death and a consecutive twenty-one year term of imprisonment, respectively. Krone was found not guilty of the sexual assault.

Krone won a new trial on appeal in 1996, but was convicted again, mainly on the state’s supposed expert bite-mark testimony. This time, however, the judge sentenced him to life in prison, citing doubts about whether or not Krone was the true killer.

It was not until 2002, after Krone had served more than ten years in prison, that DNA testing would prove his innocence. DNA testing conducted on the saliva and blood found on the victim excluded Krone as the source and instead matched a man named Kenneth Phillips. Phillips was incarcerated on an unrelated sex crime and, although he had lived a short distance from the bar where the victim worked, he had never been considered a suspect in her murder.

On April 8, 2002, Krone was released from prison and on April 24th, the District Attorney’s office filed to formally dismiss all charges against him. Murder and sexual assault charges have since been brought against Phillips.

Ray Krone spent more than a decade in prison, some of it on death row, before DNA testing cleared his name. He is the 100th former death row inmate freed because of innocence since the reinstatement of capital punishment in the United States in 1976. He was the twelfth death row inmate whose innocence has been proven through postconviction DNA testing. Prior to his arrest, Krone had no previous criminal record, had been honorably discharged from the military, and had worked in the postal service for seven years.