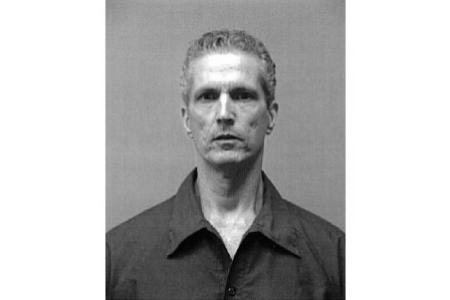 Ralph Armstrong served more than 28 years in Wisconsin prisons for murder before a judge overturned his conviction in 2009 based on evidence that a prosecutor had deliberately withheld evidence of his innocence more than a decade earlier.

On the afternoon of June 24, 1980, Charise Kamps, a 19-year-old student at the University of Wisconsin was found strangled to death in her Madison, Wisconsin, apartment. She was naked and face-down in her bed with a bathrobe belt draped across her back.

Investigators collected clothing and other evidence from the victim’s apartment, including fingerprints and hairs.

The victim had drunk alcohol and used drugs with Ralph Armstrong, his brother Steve Armstrong and others on the night she died. Ralph Armstrong told police that he had used cocaine with Kamps that night and that the two had been in her apartment alone for a short time around 9:15 p.m. before joining friends elsewhere. Police learned that Armstrong owed Kamps’s boyfriend $400, and witnesses said they saw him hand her cash on the night of the crime.

A neighbor of Kamps’ told police he was sitting on his porch that night and saw a lean, muscular man with long, dark hair drive up to the area in a black and white vehicle around 12:30 a.m. and park out of sight. The witness said the man ran into and out of Kamps’ building three times before finally disappearing to the area where his car may have been parked.

Before an identification procedure was conducted, police arranged for the witness to be hypnotized. A detective and the hypnotist viewed photographs of Armstrong and his car during the videotaped hypnosis session, but the detective testified that the witness did not see the photos. The witness later disagreed, saying he did see Armstrong’s photo in the hypnosis room. The witness allegedly described the perpetrator as having a long nose and bushy eyebrows, and said the perpetrator was 5 feet 3 inches to 5 feet 5 inches tall. He changed the height estimate to six feet at the prodding of the hypnotist. Armstrong, who had long, dark hair at the time, is six-feet, two-inches tall.

Ten days after the crime, police conducted a “pseudo re-enactment” lineup near the crime scene with Armstrong and four other participants who were police officers wearing wigs. At the advice of his attorney at the time, Armstrong passively resisted what his attorney felt was a rigged lineup, so he went limp during the lineup and had to be carried by two officers. The witness identified Armstrong as the perpetrator, but also pointed out to police that the other participants were clearly wearing wigs. He would later confirm that he said at the time the lineup was “fixed.”

The Trial and Physical Evidence

Armstrong was arrested and charged with raping and killing Kamps. He was tried before a jury in 1981. The state’s case rested on forensic evidence, eyewitness identification testimony and an alleged motive involving the money Armstrong owed Kamps’ boyfriend.

A forensic analyst testified that several head hairs collected from the bathrobe belt draped across the victim’s body and the bathroom sink were “consistent” or “similar” to Armstrong’s hair. She also identified several pubic and head hairs that she said came from neither Kamps nor Armstrong. In closing arguments, however, the prosecutor exaggerated the importance of her findings, saying “two of the defendant’s hairs were on this robe.”

Similarly, a forensic analyst found a positive reading for the presence of chemicals in human blood on several of Armstrong’s fingers and toes, but she wasn’t able to determine any characteristics of the blood. The prosecutor exaggerated this finding as well in his closing argument, saying “that was Charise Kamps’ blood.”

Armstrong’s fingerprints were also found on a bong in Kamps’ apartment, but the defense argued that Armstrong had moved the bong when he was in the apartment earlier on the night of the murder.

The forensic analyst testified that semen was detected on the bathrobe, and that it came from a Type-A secretor (a person whose blood type is found from bodily fluids like semen). Armstrong is a Type-A secretor.

The eyewitness who been hypnotized identified Armstrong in court as the man he saw run in and out of the victim’s apartment building for ten minutes around 12:30 a.m. on the night of the crime.

Prosecutors also sought to show that Armstrong’s claimed whereabouts on the night of the murder were unrealistic. They said he could not have been at the victim’s house at 9:30 p.m. because the route he said he drove allegedly could not have allowed for a stop at the victim’s apartment. Instead, they argued that he came to her apartment after midnight, saying that was when he left the fingerprints and murdered the victim.

The state argued that Armstrong had allegedly paid the victim $400 in cash toward a loan her boyfriend had given Armstrong on the night in question. The cash was not discovered in the apartment the next day, and Armstrong deposited $315 into his bank account the next day.

Armstrong’s defense attorneys challenged the prosecution’s case on many fronts — from the timeline of the night to the eyewitness identification and the forensic evidence. Defense attorneys called an expert in hypnosis and questioned the validity of the eyewitness identification, presented evidence that the hair and blood evidence were being used improperly and offered a timeline of the night’s events according to Armstrong. The defense argued that Armstrong had received $315 from his brother on the day after the crime.

Despite these efforts, Armstrong was convicted and sentenced to life in prison plus 16 years.

Armstrong filed several unsuccessful appeals in the years after his conviction. In 1991, he sought a new trial based on DNA test results showing that he could not have been the source of the semen on the bathrobe belt. His appeals were denied, however, with a state appeals court calling the semen evidence “an insignificant piece of circumstantial evidence linking Armstrong to Kamps and to her apartment.”

The Innocence Project became involved in Armstrong’s case in 1993, working with Wisconsin attorneys Jerome Buting and Keith Belzer. More advanced DNA testing was conducted in 2001, excluding Armstrong and the victim’s boyfriend as the source of the head hairs on the bathrobe belt, and finding that the semen stain used against Armstrong at trial was connected to the victim’s boyfriend. Based on these results, the Wisconsin Supreme Court overturned his conviction in 2005, granting him a new trial.

While a new trial was pending, a woman testified at a hearing that she had called Dane County Assistant District Attorney John Norsetter in 1995 to report that Armstrong’s brother, Steve, confessed that he, not Ralph, was guilty of the crime, and that he feared Ralph would be exonerated by DNA and come after him if he found out Steve was the real guilty party. The woman said she described Steve’s gruesomely detailed confession to Norsetter, who did not report this evidence to defense attorneys and did not pursue the lead. Steve Armstrong had disappeared shortly after the crime and never again contacted his brother Ralph. Steve died in 2005.

In 2006, more forensic testing was done on the crime scene evidence — including mitochondrial (mtDNA) tests, an advanced technique that can develop DNA profiles from degraded samples and hair follicles. Mitochondrial DNA (mtDNA) tests of hairs from the crime scene excluded Ralph Armstrong. Because mtDNA is inherited from one’s mother, Ralph and Steve Armstrong would be expected to have the same mtDNA profile.

Six forcibly removed pubic hairs, found on the bedspread on which the victim’s body lay, were tested for mitochondrial DNA. Those tests proved they did not come from Ralph Armstrong , the victim or her boyfriend. Another semen stain was found, this time on the bathrobe belt found draped across the victim’s body. Further DNA tests of the semen stain from the robe belt excluded Ralph Armstrong again, as well as the victim’s boyfriend. Despite those exculpatory results, the state announced it would retry Armstrong for the crimes. Then, despite a court order requiring prosecutors to notify defense attorneys any time evidence in the case was moved or analyzed, Norsetter secretly ordered additional DNA tests. These illegal tests used up the biological evidence, preventing any further testing. Moreover, the Y-STR DNA testing Norsetter ordered in 2006 focuses on the Y chromosome and would not have distinguished genetic material between males with the same father.

The defense did not learn about the woman’s 1995 call to Norsetter until 2007. At that point, the defense argued that Norsetter’s decision to order Y-DNA tests may have indicated that he was trying to get a conviction against Ralph even if his brother’s indistinguishable Y-DNA was found. At a subsequent court hearing Norsetter admitted under oath that he did get a call in 1995 from a woman claiming to have heard a confession in a big case, and that it could have been about Ralph Armstrong, but his memory was vague. He admitted he never told the defense or any court because, in his opinion, the information wasn’t credible enough to do so.

Based on the destruction of evidence and the prosecutor’s suppression of potentially exculpatory evidence for more than a decade, there was proof that Armstrong’s due process rights had been irreparably compromised. A state circuit court judge dismissed the case against Armstrong in July 2009, saying it was clear that the prosecutor in the case had acted “in bad faith.” Prosecutors announced in August 2009 they wouldn’t appeal the dismissal, and Armstrong was officially cleared. As of October 2009, Armstrong was incarcerated in New Mexico on a parole violation.