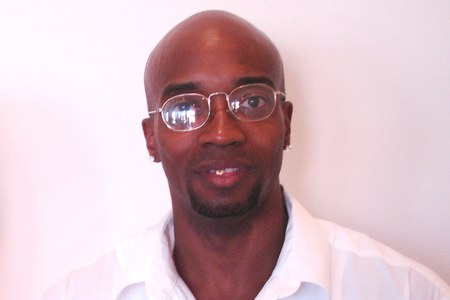 Patrick Waller spent nearly 16 years in Texas prisons for a crime he didn’t commit before DNA testing proved his innocence in 2008. He was wrongfully convicted of robbery and kidnapping in 1992 after four people misidentified him in photo and in-person lineups.

The Crime
On March 25, 1992, a Dallas couple was abducted at gunpoint by two men. The men forced themselves into the couple’s car and had the couple drive the car to another neighborhood, forced them to withdraw $200 from an ATM, and later to an abandoned house, where the abductors tied them up and sexually assaulted the woman.

During the assault, another couple unexpectedly drove up to the abandoned house. One of the abductors forced the second couple into the house, also at gunpoint, forced them to remove their clothes and tied them up as well. The perpetrators soon fled the scene, however, when a school district security officer happened to drive by the house. According to the victims’ testimony, the two perpetrators drove away separately in the couples’ two vehicles.

The Investigation and Trial
One week after the abduction and rape, three of the four victims picked Patrick Waller out of a photo lineup. The fourth victim would later pick Waller out from a live lineup. Waller was identified by the first couple as the man who held the gun during the attack and who vaginally raped the female victim. They told police that the other man forced the victim to perform oral sex on him.

Waller, who was on probation for an unrelated incident, was arrested and charged with aggravated robbery and aggravated kidnapping. Although all four witnesses told authorities that there were two men involved in the crime, the Dallas Police Department never identified or charged a second suspect.

At Waller’s trial, the four victims identified him as one of the men who attacked them. An analyst from the Southwestern Institute of Forensic Sciences also testified for the state. She said she had conducted blood type testing on a rape kit collected from the sexual assault victim, and had identified semen on a vaginal swab. She said Waller could not be excluded as a potential contributor of the semen, while 58% of the population could be excluded. Waller’s girlfriend testified that she was with him for most of the night of the crime. Waller himself testified that he knew nothing about the crime and had not been involved.

Based on the eyewitness testimony and forensic evidence, Waller was convicted on all charges and was sentenced to life in prison.

Post-Conviction Appeals and Exoneration
Waller was represented by private counsel throughout his appeals process, but DNA testing was finally conducted in his case in late 2007 as part of a case review conducted by the Dallas District Attorney’s Office Conviction Integrity Unit. DNA testing in the case was paid for by the Innocence Project of Texas. The results revealed a man’s profile and excluded Patrick Waller as the perpetrator.

Officials then ran the profile through the national DNA database, and found a match to Byron Bell, a Dallas man serving a 45-year-sentence for a burglary that took place months after the abduction. Bell eventually confessed to the original crime when confronted about it and told police he had an accomplice, who police would soon learn was named Lemondo Simmons.

County officials told local press that Simmons, who had been convicted and incarcerated in 2002 for assault on a public servant and released in 2004, admitted to his role in the crime but could not be charged since the statute of limitations on the crime had passed.

Waller was freed on July 3, 2008, after serving more than 15 years in prison for a crime he didn’t commit. He was later exonerated of all charges by the Texas Court of Criminal Appeals on September 24, 2008.