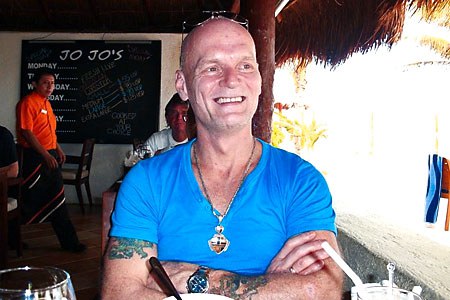 On December 15, 1981, a young sales associate from the Tri-State mall in Pennsylvania was abducted in her car after her shift ended. When she did not arrive at home, hours after she was due, her husband called the police. Investigators quickly located her yellow Chrysler Cordoba, abandoned on a roadway in Chichester, PA. The following day, the victim’s body was found – beaten, stabbed, and raped – in a church parking lot a mile and a half away from her car. Newly fallen snow covered her body. She was still clothed but the murderer had cut open her thick winter clothing to commit the sexual assault. The police determined that she had bled to death from multiple stab wounds in her chest. Biological materials, including sperm samples and fingernail scrapings, were collected from the victim’s body. Police also collected gloves believed to have been left by the perpetrator from the victim’s car. The biological evidence collected from the crime scenes would prove to be pivotal in the years to come.

Four days after the discovery of the body, police stopped Nicholas Yarris on a Pennsylvania roadway for a traffic violation. The routine stop escalated into a violent confrontation between Yarris and the patrolman and ended in Yarris’s arrest for attempted murder of a police officer. While in custody for this offense, Yarris accused an acquaintance of committing the Tri-State mall murder in a gambit to gain his freedom. When this suspect was ruled out by the police, Yarris became the prime suspect of the murder investigation. According to a detective’s statement, Yarris was asked: “Did you mean to kill her?” and responded by saying “I never meant to kill anyone.”

Conventional serological testing was performed on the rape kit, the results of which could not exclude Yarris. Along with the biological evidence, prosecutors relied on the testimony of a jailhouse informant and identifications by the victim’s co-workers, who identified Yarris as the man seen harassing the victim before her murder, to convict him. In 1982, Nicholas Yarris was convicted of murder, rape, and abduction. He was sentenced to death.

Still, Yarris proclaimed his innocence, leading to a long struggle for DNA testing of the crime scene evidence. In 1989, he became one of Pennsylvania’s first death row inmates to demand postconviction DNA testing to prove his innocence. Successive rounds of DNA testing of various pieces of evidence followed throughout the 1990’s. All failed to produce conclusive results. With hope waning, a breakthrough occurred in 2003 when Dr. Edward Blake conducted a final round of testing on the gloves found in the victim’s car, fingernail scrapings from the victim, and the remaining spermatozoa obtained from the decedent’s underpants. Significantly, the profiles obtained from the gloves and the spermatozoa evidence appeared to originate from the same person. On July 2, 2003, Nicholas Yarris was excluded from all biological material connected with this crime.

On September 3rd, 2003, based on Dr. Blake’s results, the court vacated Yarris’s conviction and he became the 140th person in the United States to be exonerated by postconviction DNA testing – the 13th DNA exoneration from death row. Due, however, to a 1985 conviction for escape with connected charges in Florida, Yarris still had a 30 year sentence on his record and he remained in jail.

On January 15th, 2004, Florida reduced his sentence to 17 years (time served) and granted his release. The following day, Nicholas Yarris was finally freed from a Pennsylvania prison after spending over 21 years behind bars for a crime he did not commit.