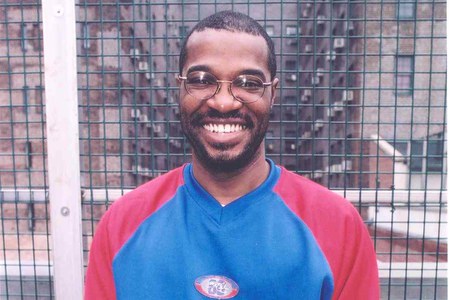 Neil Miller was convicted of aggravated rape while armed and breaking and entering with intent to commit a felony on December 19, 1990, in Boston, Massachusetts. He was sentenced to twenty-six to forty-five years in prison.

A man brandishing a screwdriver forced his way into the victim’s apartment where he robbed and raped her vaginally and forced her to perform oral sex. The victim picked Miller’s photo out of a mug book after he had been convicted of a non-sexual crime. Miller’s conviction rested almost entirely on the eyewitness testimony of the victim. His defense at trial was mistaken identification. Miller claimed that he had never seen the victim before or been in her apartment.

A scientist from the Boston Police Crime Laboratory testified at trial that testing on semen collected at the crime scene revealed two different blood group markers. Although one matched Miller, it also matched the victim and could have come exclusively from her – but the analyst failed to make this clear. The other test result, on bedding, excluded both Miller and the victim, but prosectuors speculated it could have been deposited in an unrelated incident.

Based on the eyewitness identification and the erroneous serological testimony, Miller was convicted and sentenced to 26-40 years in prison.

The Innocence Project opened Miller’s case in 1998. The vaginal swabs and smears from the initial evidence was located and sent to Forensic Science Associates. FSA’s test results definitively excluded Neil Miller from being the source of spermatozoa found. Neil Miller, after over nine unjust years in prison, was exonerated and released in 2000.