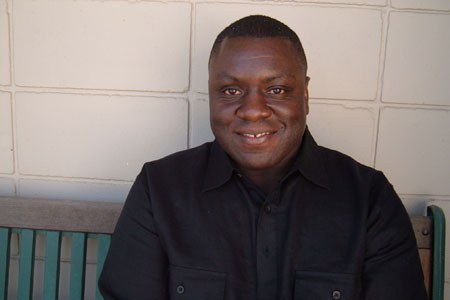 Michael Anthony Williams, sixteen years old when he was arrested and convicted, walked out of the Louisiana State Penitentiary at Angola on March 11, 2005. Williams had spent nearly 24 years in prison before postconviction DNA testing proved that he was not the perpetrator of a brutal rape.

The Crime
In the early morning hours of February 21, 1981, a young woman, twenty-two years old at the time, was brutally assaulted with a piece of wood and raped in her bedroom. The perpetrator had gained entry to her home through the window of a spare bedroom. The victim tried, at one point, to reach a rifle she had in the room, but she was too injured to use it. During the commission of the crime, the perpetrator got up, turned on the light, and rummaged through her drawers.

After the perpetrator left, the victim called her cousin, who came to the victim’s house after contacting the victim’s father and attempting to reach the police. The victim told her cousin that she had been attacked in her sleep and that the attacker kept talking to himself. She then told her cousin and her father that it was Michael Williams that attacked her. The victim’s father transported the victim first to his house and arranged for her to be taken to the hospital. He then went to the justice of the peace and obtained a warrant for Williams’s arrest. He delivered the warrant to the city marshall.

The Investigation
The victim was taken to several hospitals due to the severity of her injuries and the treatment required. A rape kit was collected, as were the nightgown and robe she had been wearing. The rape kit was sent to the North Delta Crime Laboratory. The vaginal washing was tested using conventional serological tests. A and H antigens were found, but no determination could be made about the perpetrator because the victim is an A secretor (producing A and H antigens). Spermatozoa were found on the vaginal swab, vaginal washing, the nightgown, and robe.

Police found blood in many places in the victim’s bedroom. They determined the mode of entry to be the window of the spare bedroom. In the mud outside of the window, they obtained footprints, as well as a partial shoe print inside the house. The victim’s bedding was also collected. Two partial fingerprints were found but later determined to be insufficient for matching.

The only statement taken was from the victim. The victim and Michael Williams were known to each other. The victim had tutored Williams in math the previous year. The victim’s niece was also tutoring Williams. According to the victim, Williams became infatuated with her and began bothering her, visiting her at her father’s store, where she worked, and not leaving. In November 1980, the victim and Williams had an altercation; he broke a window and was arrested. Williams remained in jail until February 5, 1981, sixteen days before the rape.

Police found Williams at his grandmother’s house. His grandmother and sister had been home on the night of the attack and told police that Michael had come home from church at about 11:00 PM and had not left. Police found Williams’s window open, but found no signs that he had climbed in or out of it. They searched for clothing that matched the description given by the victim: navy blue knit jacket and sweater. They did not find any matching clothes. Investigators then looked for Williams’s shoes both in his grandmother’s house and in the house of a neighbor. They found no shoes that matched the footprints found in the mud outside the victim’s window. No blood was found on Williams’s clothes.

The police drove Williams back to the victim’s house, where he attempted to flee. He was caught and taken to jail, where he was examined. Investigators found no scratches, cuts, or abrasions. They also collected hairs from him. At trial, there would be conflicting testimony about whether or not Williams refused a blood sample. Williams claims the police did not ask for one.

The Trial
In May 1981, Williams went to trial, represented by Douglas Stokes. The prosecution presented evidence that the victim had known Williams since he was a little boy, that he had bothered her in the past, that he was arrested for hitting her during their altercation in her father’s store, and that he had threatened to take her to the woods and beat her. Their last interaction occurred on the night before the attack.

The victim testified that, after the attack began, she sat up in bed and saw Williams standing over her bed. She saw him by the light of the full moon and the streetlight that was in front of her house. She said that she called him by name and asked him to stop. She recognized his voice after he began speaking to himself. Though the perpetrator partially covered her face with bedding, the victim testified that she could still see and that she was sure it was Williams.

Michael Williams testified at trial, admitting that he had had a crush on the victim and he had bothered her after she refused to be his girlfriend. He also admitted to writing and calling her while in jail and that he had threatened to take her to the woods and beat her. He denied committing the rape and attack.

Williams and his friend testified that they had gone to a church revival on the night of the crime. Williams got home around 11:00 PM and went to bed, waking up at around 8:00 AM. His grandmother testified that she had let him in the house because he did not have a key, and that he did not smell of alcohol. She woke up at about 7:30 AM and Williams was still asleep in his room. Williams’s sister testified to the same facts. Both his grandmother and sister testified that Williams did not shower after he came home or during the night. They also testified to the fact that Williams only had one pair of athletic shoes. The footprints found outside the victim’s window were made by athletic shoes.

The prosecution posited that Williams had left though his bedroom window in the middle of the night, walked to the victim’s house, committed the crime, got rid of his clothing and shoes, and washed off the blood before returning home. His flight from the police car, the prosecutor argued, was not the act of an innocent man.

The defense argued that Michael was a teenager who ran because he had just gotten out of jail and did not want to go back for a crime he did not commit. None of the physical evidence found or introduced, including the clothes Williams was wearing that night, could be linked to the crime.

The jury took less than an hour to convict Williams of aggravated rape. Sixteen years old at the time, he was sentenced to life without parole.

Post-Conviction
Williams became an Innocence Project client in 2003. Douglas Stokes, Williams’s trial attorney, was now the assistant district attorney. When contacted by the Project, Stokes consented to the testing of the evidence. By Fall 2004, the order for testing was signed and the evidence was sent to Forensic Science Associates. The rape kit no longer existed, so the evidence consisted of the clothing and bedding collected from the victim.

In December 2004 and January 2005, replicate testing was performed on the clothing evidence and another reference sample from Williams at the North Delta Crime Laboratory. Their results confirmed the initial exculpatory results.

In February 2005, the victim’s bedding was sent to Orchid Cellmark. Another round of testing confirmed that the same male deposited semen on both the bedding and the clothing. Michael Williams could not have been that man.

Exoneration
After more than 23 years of claiming innocence, Williams was exonerated on March 11, 2005, and released from Angola. He was 16 years old when he first arrived at Angola, and 40 when he was released.