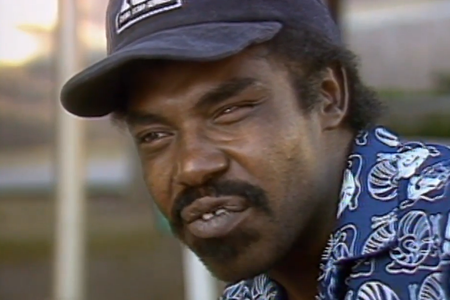 Larry Youngblood was wrongly convicted in 1985 of child molestation, sexual assault, and kidnapping, and spent a total of nine years in prison before he was fully exonerated of the crimes.

In October 1983, a ten year old boy was abducted from a carnival in Pima County, Arizona, and was molested and sodomized by an unknown man. The victim was taken to a hospital, where the staff collected semen samples as well as the clothing he was wearing at the time of the assault.

Based on the victim’s description of the assailant – a middle-aged black man with one disfigured eye – Larry Youngblood, who was black and had a bad left eye, became a suspect. He was put in a photo lineup and the victim identified him as the perpetrator.

Youngblood maintained his innocence at trial, but the jury convicted him, based largely on the eyewitness identification of the victim. He was sentenced to ten years and six months in prison.

No serological tests were conducted before trial, as the police improperly stored the evidence and it had degraded.

In 1998, Youngblood was released on parole, but was sent back to prison in 1999 for failing to register his new address, as required by Arizona sex offender laws. In 2000, upon request from his attorneys, Scott McNamara and Carol Wittels, with the Innocence Project acting as a consult, the police department tested the degraded evidence using new, sophisticated DNA technology. Those results exonerated Youngblood, and he was released from prison in August 2000. The district attorney’s office formally dismissed the charges against Youngblood later that year.

Shortly thereafter, the DNA profile from the evidence was entered into the national convicted offender database. In early 2001, officials got a hit, matching the profile of Walter Cruise, who is blind in one eye and is currently serving time in Texas on unrelated charges. In August 2002, Cruise was convicted of the crime and sentenced to 24 years in prison.

Sadly, Youngblood died in 2007, without receiving any compensation for his wrongful conviction.