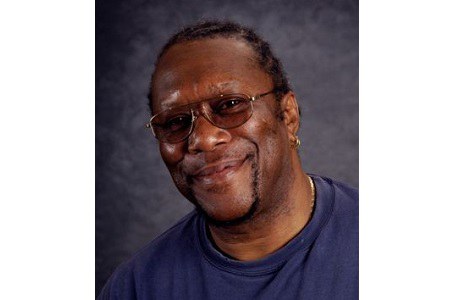 Larry Peterson was exonerated on May 26, 2006, after Burlington County, New Jersey, prosecutors dismissed the murder and sexual assault indictment against him. Peterson had been convicted in March 1989 and was released after posting bail and pending a new trial in August 2005.

The Crime
On the morning of August 24, 1987, the victim’s body was found on a dirt road in Burlington County, New Jersey, by a woman walking her dog. She had been manually strangled and sexually assaulted. Sticks were in her mouth and vagina and on the ground near her. She was partially nude and some of her clothing had been torn.

The Identification
Both the victim’s best friend and a former boyfriend called the prosecutor’s office to report that Larry Peterson, who also lived in the area, had fresh “fingernail” scratch marks on his arms. Peterson went to the police voluntarily and denied committing the murder.

Three men interviewed by police said that they were with Peterson at approximately the same time as the victim was found. The three men, after a number of interrogations, told police that Peterson had confessed to them while they were in the car together on the way to work. In this confession, Peterson allegedly told them that he ripped the victim’s clothing off, had oral and vaginal sex with her, choked her, and put sticks in her.

A jailhouse snitch with charges pending in three counties also testified at trial that he had heard Peterson admit that he had killed the victim.

The Biological Evidence
A forensic scientist with the New Jersey State Police Laboratory System testified that her hair comparison analysis linked Peterson to the murder. She identified three foreign pubic hairs in the victim’s pubic combings that she said exhibited the same physical and microscopic characteristics as Peterson’s. She also linked a head hair fragment recovered from the bag that the victim was transported in to Peterson. Lastly, she examined a stick found 40 feet away from the victim and concluded that there were three of the victim’s pubic hairs, one of her head hairs, and three of Peterson’s pubic hairs on the stick. Because the victim had sex with two consensual partners on the night of the murder, the forensic scientist also got samples of the partners’ hairs. She concluded that neither of the consensual partners were the donors of the hairs.

Hair evidence cannot be individualized based on microscopic analysis.  Because there is not adequate empirical data on the frequency of various class characteristics in human hair, it is impossible to say definitively that strands of hair came from a particular person — as the analyst in Peterson’s case did.

Another forensic scientist with the New Jersey State Police testified that there was seminal fluid on the victim’s jeans and sperm on her underwear. No seminal fluid or sperm was found in her rape kit. All tests on these items of evidence were inconclusive at the time of trial.

The Defense
Peterson testified in his own defense at trial. Alibi witnesses supported his whereabouts during the time of the crime. Work records also showed that he did not work on the day that the victim was found – the day he supposedly confessed on his way to work.

The jury convicted Peterson of felony murder and aggravated sexual assault in March 1989. He was sentenced to life plus twenty years in prison.

Post-Conviction
Peterson sought access to DNA testing in the early 1990s. In 1995, the Innocence Project began working on Peterson’s case. Peterson won a motion for DNA testing in 2003. The hairs, rape kit, clothing, and fingernail scrapings were sent to the Serological Research Institute (SERI), where STR and mitochondrial DNA tests were performed. In 2005, SERI reported the results of testing: Peterson was excluded as a contributor of any and all of the biological evidence.

The pubic hairs collected from the victim’s pubic combings and stick from the crime scene all matched the victim. Although the New Jersey State Police Laboratory had reported that there was no semen in the victim’s rape kit, SERI identified sperm on her oral, vaginal, and anal swabs. Two different male profiles were found. One of the males was one of the victim’s consensual partners, and his profile was found on her underwear, jeans, and rape kit. The other unknown male was found on all of the swabs in her rape kit. Significantly, this unknown male profile was not found on the victim’s underwear or jeans, indicating that she did not put these items of clothing back on before she was killed, consistent with the fact that she was found partially nude. Further, the victim’s fingernail scrapings were subjected to testing and SERI found the profile of the same unknown male that deposited the sperm found in the victim’s mouth, vagina, and anus.

On May 26, 2006, the prosecution decided to drop all charges against Peterson and his conviction was vacated.