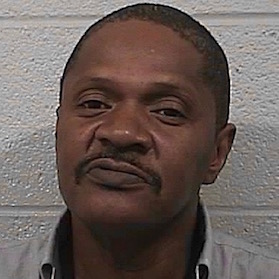 In December 2001, Larry Mayes was freed from prison after twenty-one years of incarceration for a rape and robbery he did not commit. Mayes was the 100th person in the United States exonerated through the use of postconviction DNA testing.

In October 1980, the victim, a white woman, was working as a gas station clerk in Hammond, Indiana. Two black males entered the station, accosted her with a gun, and demanded money. One of the assailants was noticeably taller and heavier than the other. The victim was forced to leave the station with the men. She was attacked with the butt of the gun and then raped both orally and vaginally. Both men participated in the sexual assaults, but only the smaller assailant ejaculated. The victim was subsequently dropped off. After contacting the police, she was taken to the police station and then to a hospital, where a rape kit was completed.

At trial, the prosecution relied on the victim’s description and identification of Mayes. Though she had been unable to identify him in two live lineups, she eventually picked his photo when presented with a photo array. She had previously described her assailant as having a gold tooth. Mayes had a gold tooth. Otherwise, the evidence against Mayes was thin.

None of the fingerprints collected by investigators could be linked to Mayes. Semen and spermatozoa were identified on the swabs in the rape kit and from the victim’s underwear. Conventional serology was performed on these specimens without useful results. Based solely on the victim’s tentative identification of him, Larry Mayes was convicted on July 9, 1982, of rape, unlawful deviate conduct, and robbery. He was sentenced to eighty years in prison.

Shockingly, after the new prosecutors on the case contacted the victim, she revealed that the police had hypnotized her prior to her identification of Mayes from the photographic lineup.

DNA testing was finally performed in 2001, excluding Mayes from being the contributor of the semen and sperm from the rape kit. From the day of his arrest to the day he walked out of prison, Larry Mayes was incarcerated for twenty-one years for a brutal crime he did not commit.