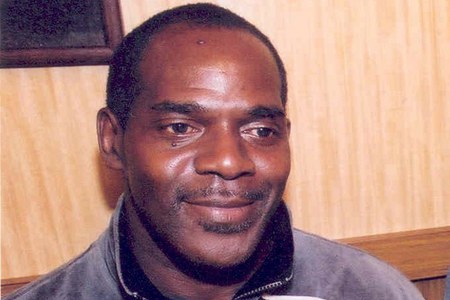 Larry Johnson was convicted of charges stemming from the rape that occurred in Missouri in January 1984. He was sentenced to life in prison plus fifteen consecutive years for sodomy.


The victim was attacked in her car in the early morning. The attacker, whose face was masked by a sweatshirt and scarf, forced his way into her car and threatened her with a knife. She was then driven to an alley where she was raped and sodomized for two hours. After the attack, the victim drove home and contacted the police and was taken to a hospital for the purposes of collecting a rape kit.

The victim described the assailant as a clean shaven black man. She helped the police produce a composite sketch and later identified Larry Johnson’s picture from a photo array, despite the fact that he had a mustache. After his arrest, the victim picked Johnson from a lineup.

At trial, the defense was barred from asking about identification of the spermatozoa that had been recovered from the vaginal slide, the victim’s panties, and a swatch from her sweater. The court relied on previous decisions that had addressed the issue of inclusion statistics on saliva tests. No fingerprints were found in the victim’s car. Based largely on the victim’s cross-racial identification, Johnson was convicted in August 1984.

Johnson’s appeals failed. He contacted the Innocence Project in 1995 seeking assistance with gaining access to the biological evidence for DNA testing. He and the Project would face considerable resistance to these efforts.

In 2000, the Innocence Project filed a civil rights suit seeking injunctive relief in the form of access to the biological evidence. Again, the prosecution would not release the evidence. Their office began a review of the Johnson case and several other Innocence Project cases in Missouri in December 2000.

In February 2001, the Supreme Court of Missouri adopted a rule, effective September 1, 2001, that allowed for the filing of motions seeking postconviction DNA testing. The Project perfected a motion on Johnson’s behalf and filed in November 2001.

Testing began at the state crime laboratory in July 2002. On July 26, 2002, the Innocence Project was informed by the Associated Press that the Circuit Attorney had scheduled a press conference for the same day to announce that DNA testing had excluded Larry Johnson as the perpetrator.

Johnson was exonerated and released on July 30, 2002. Larry Johnson served eighteen years in prison for a brutal crime that he did not commit.