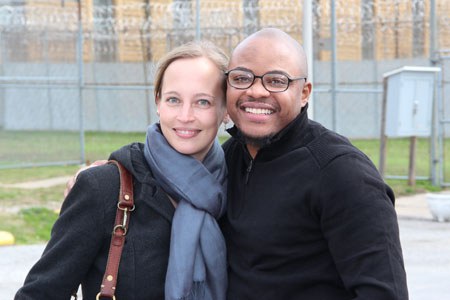 In the afternoon of November 19, 1991, 14-year-old Cateresa Matthews left her great-grandmother’s house in Dixmoor, Illinois, and was not seen again until December 8, 1991, when her body was discovered on a well-worn path running along I-57 as it passes through Dixmoor. She had been shot in the mouth at close range with a .25 caliber pistol. She was also an obvious victim of sexual assault, as her body was naked from the waist down. A pair of white panties was found around her right ankle, and her jeans were draped across her chest. Seminal fluid was recovered from the vaginal and rectal swab of the victim.

The police made no arrests and seemingly had no leads in the case for over 10 months, until October 20, 1992. On that date, a police report indicated that Keno Barnes, 15, allegedly informed the police that Jonathan Barr had told him that when he last saw Cateresa, she was getting into a car occupied by Robert Lee Veal and Robert Taylor. At the time of the crime, Barr, Veal, and Taylor were 14 years old.

On October 29, 1992, police brought Veal, 15, in for questioning. After more than five hours in police custody, where he was interrogated outside the presence of his parents or counsel, Veal signed a handwritten statement, implicating himself, Jonathan Barr, 15, Robert Taylor, 15, Shainne Sharp, 17, and James Harden, 17, in the gang rape and murder of Matthews.

In June 1994, before any of the teenagers were tried, the Illinois State Police crime lab identified a lone male DNA profile from sperm recovered from the victim’s body. Even though all five defendants were excluded as the source of the semen, the prosecution pushed forward rather than seeking the source of the semen recovered from the victim’s body.

Based on doubts about the truthfulness of the confessions, a juvenile court judge refused to charge Barr and Taylor in adult criminal court, a decision later reversed by an appellate court. Veal and Sharp pled guilty to first-degree murder and received 20-year sentences — with parole available after seven years — in exchange for agreeing to testify against Taylor, Harden, and Barr. Over the next two years, all three were convicted. Taylor and Harden were both sentenced to 80 years, and Barr was sentenced to 85 years. All subsequent appeals were denied, including a post-conviction request for DNA testing.

In August 2009, Harden again sought DNA testing, a request later joined by Taylor and Barr. For more than a year, the Dixmoor Police Department claimed that it was unable to locate the DNA and was threatened with contempt of court for failing to respond to a subpoena. Eventually, Cook County Judge Michele Simmons ordered the Dixmoor police to allow defense counsel to view the evidence storage areas and log books for themselves. Soon after that order, the Department informed the lawyers that they had finally located the evidence. DNA testing uncovered a full male profile that was entered into the CODIS database of criminal offenders, and matched the DNA profile of a violent serial offender, Willie Randolph. At the time of the crime, Randolph was 33, lived in the victim’s neighborhood, and was on parole after serving a 20-year sentence for armed robbery. He was apprehended by authorities on April 12, 2011.

Based on the DNA evidence, Judge Simmons vacated the convictions of Taylor, Harden and Barr on November 3, 2011, and the State’s Attorney’s Office dismissed all charges against the five men. Taylor, Harden, and Barr were released from prison. Veal had already served his prison term and was living in Minnesota. Sharp served 10 years in prison for the crime. But based on his presumed criminal history, he was sentenced to an additional ten years in 2009 for unrelated drug charges. He was released in February 2012.