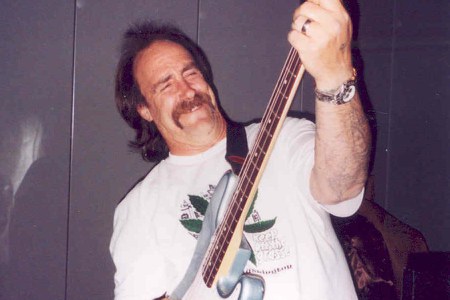 On October 1, 2002, Jimmy Ray Bromgard became the 111th person in the United States to be exonerated by postconviction DNA testing. Bromgard spent fourteen and a half years in a Montana prison for a crime he did not commit - the rape of an eight-year-old girl.

On March 20, 1987, a young girl was attacked in her Billings home by an intruder who had broken in through a window. She was raped vaginally, anally, and orally. The perpetrator fled after stealing a purse and jacket. The victim was examined the same day. Police collected her underwear and the bed sheets upon which the crime was committed. Semen was identified on the underwear and several hairs were collected from the bed sheets.

Based on the victim’s recollection, police produced a composite sketch of the intruder. An officer familiar with him thought Jimmy Ray Bromgard resembled the composite sketch. Bromgard eventually agreed to participate in a lineup, which was also videotaped. In the live proceedings, the victim picked out Bromgard but was not sure if he was the right man. After the victim was shown the videotaped footage of Bromgard, she said she was “60%, 65% sure.” When asked at trial to rate her confidence in the identification without percentages, she replied, “I am not too sure.” Still, she was allowed to identify Bromgard in court as her assailant. Bromgard’s assigned counsel never objected to the in court identification.

At trial, the prosecution’s case revolved around the identification and the misleading testimony of the state’s forensic expert. The semen found on the victim’s underwear could not be typed, so the forensic case against Bromgard came down to the hairs found on the bed sheets. The forensic expert testified that the head and pubic hairs found on the sheets were indistinguishable from Bromgard’s hair samples. He further testified that there was less than a one in ten thousand (1/10,000) chance that the hairs did not belong to Bromgard. This damning testimony was also fraudulent: there has never been a standard by which to statistically match hairs through microscopic inspection. The criminalist took the impressive numbers out of thin air.

Bromgard’s defense counsel was woefully inadequate. Other than the forensic evidence, the only other physical “evidence” was a checkbook from the victim’s purse that was found on the same street where Bromgard lived. His attorney did no investigation, hired no expert to debunk the state’s forensic expert, filed no motions to suppress the identification of a young girl who was, according to her testimony, at best only 65% certain , gave no opening statement, did not prepare a closing statement, and failed to file an appeal after Bromgard’s conviction.

Bromgard testified that he was at home and asleep when the crime occurred. None of his fingerprints were found in the house, nor were any found on the checkbook that was discovered on his street. Nevertheless, Bromgard was convicted in December 1987 of three counts of sexual intercourse without consent and sentenced to three 40 year terms in prison, to be served concurrently.

The Innocence Project began working on Bromgard’s case in 2000, the same year Bromgard was turned down by the parole board, in part because he refused to participate in the sex offenders program in prison. Students located the evidence and worked with Bromgard’s postconviction attorney to have it released for testing. Prosecutors consented to testing and had the victim’s underwear sent to a private laboratory for testing. The results indicated that Bromgard could not have been the contributor of spermatozoa found on the victim’s underwear.

Jimmy Ray Bromgard was eighteen years old when he was convicted of this brutal crime. He spent fourteen and a half years in prison before DNA testing proved his innocence.

The causes of Bromgard’s wrongful conviction should have serious ramifications for the Montana criminal justice system. Fraudulent science and incompetent lawyering, both avoidable, were the major causes and must be redressed. The ACLU has already filed a class action lawsuit against the indigent defender system in seven Montana counties for not providing adequate counsel for indigent clients.

The forensic scientist that testified fraudulently against Bromgard was, at the time, the director of the Montana Department of Justice – Forensic Science Division. He testified in hundreds of other cases in Montana and later in Washington. A report by a peer review committee of top forensic scientists was issued which characterized the statistical evidence as junk science and urged the Montana Attorney General to conduct an audit of the witness’s work in other cases. Read more about forensic science misconduct as cause of wrongful conviction.