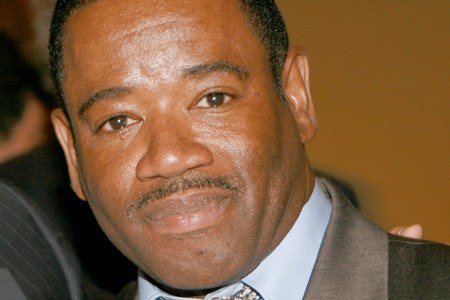 On April 23, 2007, Jerry Miller became the 200th person in the U.S. exonerated through DNA evidence. Though he had been paroled a year earlier, Miller had spent more than 24 years in the Illinois prison system for a rape that he did not commit.

The Crime
After 9:30 p.m. on September 16, 1981, the victim walked to her car on the roof deck of a garage on Rush Street in downtown Chicago. As she opened the car door, someone pushed her into the car. The man then beat her, took money and a gold chain from her, and brutally raped her. He forced her into the trunk of her own car and began driving out of the parking structure. The parking lot cashier recognized the victim’s car and was suspicious. She told the man to back up and went to get another employee. At that time, the man fled from the scene on foot. The two parking lot employees heard the victim yelling inside the trunk and were able to free her using a set of keys left on the floorboard.

The Identification
When a Chicago Police Department officer saw the composite drawing and description of the perpetrator (based on the memory of the memory of the two garage attendants), he thought of Jerry Miller, who he claimed he had seen several days before the crime looking into the window of a parked car. Miller was arrested. When the victim was initially questioned by the police, she said she was not sure whether she could identify her assailant because he had instructed her to keep her eyes closed or he was going to kill her. While hospitalized, the victim was shown a photo array of young black men in their late teens or early twenties, but she was unable to positively identify her assailant. She did tentatively identify Miller at trial, saying that his facial hair looked different. Miller was identified in a lineup by both of the parking lot employees.

The Biological Evidence
The wounds to the victim were such that a normal rape kit could not be collected. However, the police were still able to collect the victim’s clothing. Most importantly, they collected a slip that had sperm on the fringes.

The Defense
Miller and his father testified that on the night of the crime, they were watching a pay-per-view boxing match between Tommy Hearns and Sugar Ray Leonard.

On October 1, 1982, Miller was convicted of rape, robbery and kidnapping.

Post-conviction
The Innocence Project took on Miller’s case in 2005. The Cook County Clerk’s Office located the slip and sent it to Strand Analytical Laboratory for DNA testing. After DNA testing excluded Miller, the Cook County State Attorney’s Office joined the Innocence Project and the Cook County Public Defender’s Office in a joint motion to vacate and dismiss Miller’s conviction. The perpetrator’s profile was also entered into the FBI convicted offender database, which implicated another man – Robert Weeks – as the true perpetrator in this case. Weeks is currently facing charges in several other sexual assaults.