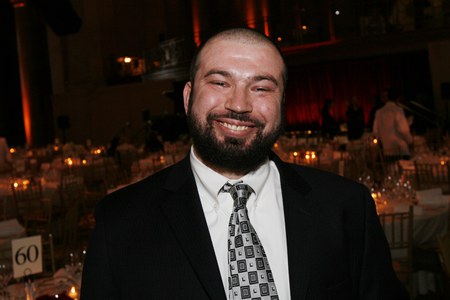 On November 2, 2006, Jeff Deskovic's indictment charging him with murder, rape, and possession of a weapon was dismissed on the grounds of actual innocence. Postconviction DNA testing both proved Deskovic's innocence and identified the real perpetrator of a 1989 murder and rape.

The Crime
On the afternoon of November 15, 1989, the 15-year-old victim went out after school to take pictures for a photography class. She never returned home. Her naked body was found by police dogs the morning of November 17, 1989. Her clothes and cassette player were recovered from the vicinity. She appeared to have been raped, beaten, and strangled.

The Confession
Jeff Deskovic, then 16 years old, was a classmate of the victim’s. He became a suspect because he was late to school the day after the victim disappeared. Police also believed he seemed overly distraught at the victim’s death, visiting her wake three times.

Police spoke with Deskovic eight times in December 1989 and January 1990. Deskovic had begun his own “investigation” of the case, giving officers notes about possible suspects. Police asked Deskovic to submit to a polygraph examination and he agreed in late January 1990. He believed that, if cleared, he could continue to help police with their investigation.

Deskovic was taken to a private polygraph business run by an officer with the local Sheriff’s Department, who, according to trial testimony, had been hired to “get the confession.” Deskovic was held in a small room there with no lawyer or parent present. He was provided with coffee throughout the day but no food. In between polygraph sessions, detectives interrogated Deskovic.

Deskovic’s alleged confession occurred after six hours, three polygraph sessions, and extensive questioning by detectives between sessions. One of the detectives accused Deskovic of having failed the test and said he had been convinced of Deskovic’s guilt for several weeks. According to the detective, Deskovic then stated he “realized” three weeks ago he might be the responsible party. Deskovic was asked to describe the crime and began speaking in the third person, switching to first person part way through the narrative. Deskovic said, “I lost my temper” and admitted he had hit the victim in the head with a Gatorade bottle, put his hand over her mouth and kept it there too long. During the confession, Deskovic sobbed. By the end of the interrogation, he was under the table, curled up in the fetal position, crying.

The Biological Evidence
The victim was found naked and her autopsy revealed genital trauma. Semen was identified on the vaginal swabs from her rape kit but no semen was observed on her clothes.

The Trial
In January 1991, Deskovic was convicted by jury of 1st degree rape and 2nd degree murder, despite DNA results showing that he was not the source of semen in the victim’s rape kit. The state argued that the semen had come from a consensual sex partner and that Deskovic killed the victim in a jealous rage.

Post-Conviction
In January 2006, the Innocence Project took on Deskovic’s case. The semen from the rape kit was tested with newer technology for entry into the New York State DNA databank of convicted felons. In September 2006, the semen was matched to convicted murderer Steven Cunningham, who was in prison for strangling the sister of his live-in girlfriend.

On September 20, 2006, Jeff Deskovic was released from prison when his conviction was overturned. Following an apology from the assistant district attorney, the court dismissed Deskovic’s indictment on the grounds of actual innocence on November 2, 2006.