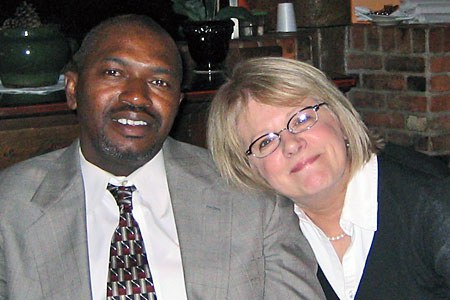 After James Waller was released on parole, he still wanted to prove his innocence. He and his family saved up money for DNA testing, and pursued DNA testing on three separate occasions before results were finally obtained and he was proven innocent.

The Crime
At around 6 a.m. on November 2, 1982, the 12-year-old male victim and his 7-year-old brother were alone in their house after their mother and older brother had left for work. They woke to find a male in their house, who instructed the victim to put his face down on the pillow. The victim said he got a quick look at him, even though it was dark outside and he had a cowboy hat on and a bandanna over the lower part of his face. The man tied the victim’s hands behind his back, forced the victim to orally copulate him, and anally raped him. The man then told the victim that he was going to get a “friend” and that the friend would hurt him if the victim told anyone about the incident.

The Identification
The evening after the assault, the victim was in a corner store near his apartment building when he thought he heard the voice of the man who attacked him. He turned around and saw James Waller, who he believed was the man. He ran home and told the apartment manager. At that time, Waller walked through the apartment door, as he also lived in the apartment building.

The apartment manager also told police that she had seen a man with a bandanna and a cowboy hat around 6 a.m. on the morning of the crime, but that she did not recognize him. After the victim identified Waller, she told police that Waller was the man she had seen. The manager also testified that she had found an address book outside of the victim’s apartment ten weeks after the crime. The book belonged to James Waller.

The Biological Evidence
A rape kit was collected at the hospital, as was the sheet on the victim’s bed. Sperm was found in the victim’s rape kit, and no analysis was done on the sheets.

Three African American hair fragments were found on the sheet and collected. The victim and his family were white, so the fragments were initially thought to be the attacker’s. An analyst from the Dallas County Institute of Forensic Sciences testified that microscopic analysis of the hairs determined that the hairs were not similar to Waller’s hairs, but said excluding Waller as a possible perpetrator was impossible based on hair. “If you wanted to say that this hair did not come from this individual, you would have to check it against every hair to be positive that it did not come from that individual,” the analyst said. “(One would) practically have to denude a person to make a proper comparison.”

Regardless, prosecutors theorized that the hairs may have came in contact with the sheets in some other manner.

The Defense
Waller stated that he was at home sleeping with his girlfriend at the time of the crime, a claim that his roommate (his cousin) and girlfriend both supported.

Waller explained at trial that his family was told to move out of the apartment two weeks after he was arrested. Since the address book was high in a closet, they did not remove it. He guessed that the new tenants may have thrown it in the garbage.

Later that year, the Innocence Project took on Waller’s case and found that the DPS laboratory had consumed the sample but still had “extracts” at the lab that could be tested. Orchid Cellmark then performed Y-DNA testing on the extracts in 2006 and both Waller the victim were excluded as the source of the semen.

On December 19, 2006, 23 years after his conviction, Waller’s conviction was finally vacated. He was officially pardoned by Governor Rick Perry on March 9, 2007.