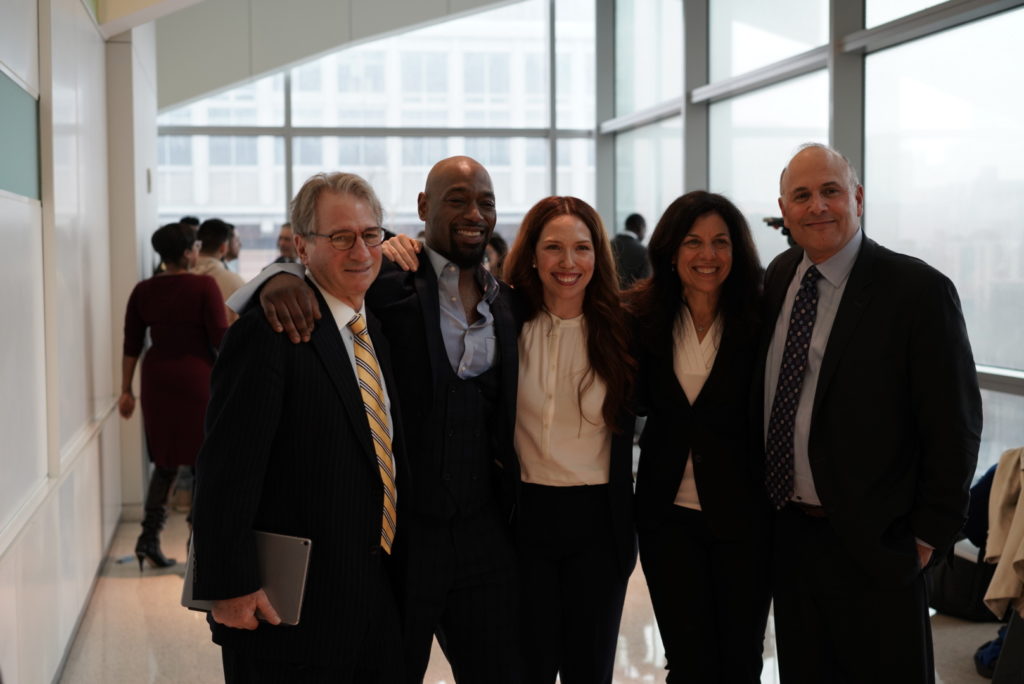 In 1991, Huwe Burton was convicted of the murder of his mother, who had been found stabbed to death in their Bronx home. His conviction was largely based on a false confession that had been coerced by detectives. A re-investigation not only revealed the detectives' prior history of interrogative tactics that had produced false confessions but also an alternate suspect. Mr. Burton was exonerated in January 2019, after spending 19 years in prison for a crime he did not commit and carrying a wrongful conviction for nearly 28 years.

On January 24, 2019, Huwe Burton was exonerated when Bronx Supreme Court Justice Steven Barrett vacated his 1991 murder conviction. Justice Barrett based his decision on findings resulting from a joint reinvestigation between the Innocence Project and the Bronx District Attorney’s Conviction Integrity Unit (CIU), which uncovered that detectives from New York’s 47th precinct had coerced Mr. Burton into falsely confessing to murdering his mother when he was just 16 years old. Furthermore, additional new evidence surfaced about an alternate person who committed the crime.

In the early evening hours of January 3, 1989, Mr. Burton, who was then 16 years old, came home to discover his mother Keziah Burton stabbed to death. Mr. Burton, who had been in school during the day, had no criminal history and a close relationship with his parents.

Mr. Burton’s conviction was based largely on a confession he had made to three detectives from the 47th Precinct — Frank Viggiano, Stanley Schiffman and Sevelie Jones — who had used psychologically coercive techniques that are considered standard practice. The techniques included isolating Mr. Burton from his father, threatening him with additional criminal charges, and offering leniency if he confessed to killing his mother.

Sleep-deprived and traumatized by his mother’s death, Mr. Burton was interrogated until police coerced a written and recorded confession that he’d accidentally killed his mother over money to pay a drug debt. He told detectives that, in order to pay it, he had given the dealer his mother’s car, which was missing when Ms. Burton’s body was found. Mr. Burton immediately recanted his confession as soon as he was outside of police custody.

Five days after detectives obtained Mr. Burton’s confession, police arrested Emanuel Green — the Burtons’ downstairs tenant — after discovering he had been driving Ms. Burton’s car. The same detectives who had obtained Mr. Burton’s false confession also questioned Mr. Green. They secured written and videotaped statements that fit with their theory of the crime and the statement that they’d coerced Mr. Burton into giving. Mr. Green alleged that Mr. Burton had asked him for help after stabbing his mother and that he had complied by staging the crime scene to look like a rape and robbery. According to the statements, Mr. Green said he had also told Mr. Burton to dispose of the murder weapon and had promised to sell the family car and split the profits. Mr. Green was killed before Mr. Burton’s trial and never testified.

At trial, Mr. Burton maintained his innocence, testifying that the officers had coerced his false confession and argued that Mr. Green was, in fact, the man who had killed his mother. His defense attorney attempted to call an expert to testify on the unreliability of his confession, but the court denied his request.

Mr. Burton was wrongfully convicted and sentenced to 15 years to life in prison. He subsequently spent 19 years in prison before he was released on parole in 2009.

Primarily, Mr. Burton’s legal team presented the Bronx CIU with scientific and scholarly research confirming that the psychologically coercive techniques used by the detectives produce false confessions. The Bronx CIU recognized the false confession research was itself “newly discovered evidence” that, when applied to the facts of the Burton case, required a finding that Mr. Burton’s confession was false and unreliable.

The re-investigation also revealed that three of the detectives from the 47th precinct who had interrogated Mr. Burton — Viggiano, Schiffman, and Jones — had used the same psychologically coercive interrogation tactics to obtain false confessions from two other individuals just three months before Mr. Burton’s interrogation.

Finally, the joint re-investigation produced new information about Mr. Green’s criminal history that strongly supported Mr. Burton’s defense that Mr. Green had murdered Ms. Burton. Mr. Green had two prior convictions — one for an attempted knife-point robbery and a second for a violent rape of an acquaintance. Police reports in the rape case showed that he had repeatedly lied to investigators and changed his story in a way similar to how he had lied in the Burton investigation. A psychologist who evaluated Mr. Green determined he had a “schizoid personality disorder of adolescence, with depressive and aggressive trends, and underlying trends toward explosiveness.”

On January 24, 2019, Mr. Burton’s convictions and sentence were vacated and the indictment was dismissed by Judge Steven L. Barrett of the Supreme Court for Bronx County. By then, Mr. Burton had carried a wrongful conviction for approximately 28 years.

Conviction: Murder, Illegal Use of Weapon