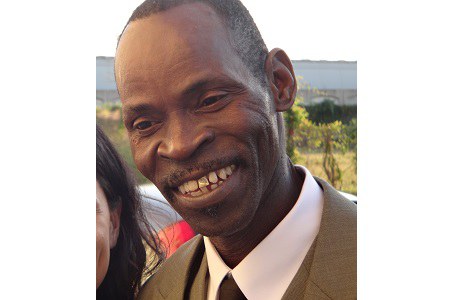 Henry James was imprisoned in New Orleans’ Angola prison for nearly 30 years for the aggravated rape of his neighbor. DNA evidence cleared James of a conviction that was based largely on eyewitness misidentification. James was 20 years old when he entered Angola in 1982 and was 50 years old when he was freed on October 21, 2011.

On Saturday, November 21, Henry James spent the day at his neighbor’s home. Later, the two went for a drive and got into a car accident. The neighbor was arrested, so James returned to his home to inform his neighbor’s wife about what had happened. James then left the home.  The next morning at 6 a.m., she was woken up by an intruder who she initially perceived to be her husband returning from jail.  The intruder, who was later described to police as a black male, placed his hands on the back of her neck and told her to be quiet.  The intruder threatened to kill her and her children if she did not submit to his demands; he then proceeded to rape her at knifepoint.  After the assailant left the home, the victim called the police.  During her first interview with the police after the incident, she told the investigating officers that she did not know her attacker.

The following day, an officer canvassing the neighborhood saw James and thought that he resembled the description of the perpetrator. The lead investigator on the case placed James picture in a photo book with 75 other black males.  The victim identified James from this photo.  She was then asked to look through the rest of the photos, but she refused and insisted Henry was the attacker.  James was arrested two days after the attack and placed in a live lineup with individuals who failed to match the description provided by the victim.  DNA evidence was taken from both the victim and James and no matches were confirmed.  In fact, serology test results revealed that James was a secretor, but the seminal fluid and spermatozoa sample was of a non-secretor.

The first witness, James’ stepfather, testified that James was sleeping in the bed beside him on the morning of the attack and woke up for work at 6:30 a.m.  The second witness testified that he saw James at the Tennaco gas station en route to his job.  He gave him a ride for the last 10 blocks of his walk, so he wouldn’t be late to work.  His time card was never submitted into evidence despite the fact that the time-stamp proved that he was at work at 6:48 a.m. on the morning of the rape.  James was convicted and sentenced to life without parole.

Post-trial, evidence came to light that implicated Detective Rushing in coaching witnesses and destroying evidence. During a task force established by the FBI in 1995 to investigate unsolved homicides, Rushing was ousted by fellow task force members for destroying evidence in an unrelated case.  She was caught ripping and throwing away a gas station receipt containing an alibi for a suspect under investigation.  Subsequently, she was fired and so began an investigation into her history of tampering with witness testimony and evidence.

In 2005, the Innocence Project started searching for DNA evidence in James’ case to no avail.  A box that was supposed to contain the evidence was found empty.  In June 2010, a lab technician working on a different case chanced upon a slide that contained testable DNA evidence from James’ case.  The evidence was submitted for Y-STR testing, and the results excluded James as the perpetrator.

James was released from custody and exonerated on October 21, 2011, having been wrongfully imprisoned longer than any other person in Louisiana history who was later exonerated by DNA testing. The Innocence Project of New Orleans and the law firm of Willkie Farr & Gallagher also represented James in his exoneration.