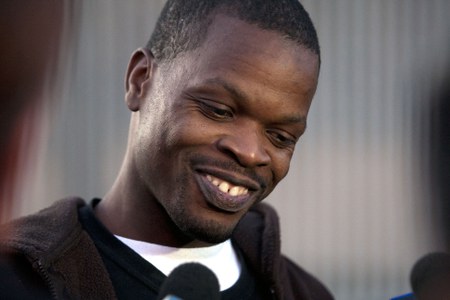 On November 16, 2011, based on the DNA evidence, Judge Paul Biebel Jr. vacated the convictions of Swift, Saunders, Richardson and Thames. Judge Biebel quoted a statement by Judge Sumner when he convicted the defendants in 1998: “If there is a DNA match, then we are talking about another case altogether.”

On the morning of November 7, 1994, the naked body of Nina Glover was discovered in a dumpster in the Englewood neighborhood of Chicago’s south side.  Glover had been brutally raped and murdered, and an autopsy concluded that she had been killed by strangulation.  She lived a high-risk lifestyle that included drug use and prostitution.  Glover was one of at least three dozen South Side women sexually assaulted and murdered in the 1990s.

No arrests were made in the case for four months.  Then, on March 7, 1995, 18-year-old Jerry Fincher walked into a police station and voluntarily came forward with information about Glover’s murder.  He was hoping to gain “some consideration” for a friend of his who was in custody.  Over the next two days, while in police custody, Fincher gave an evolving series of statements indicating that he participated with others in the abduction, rape and murder of Glover in the basement of the house of Vincent Thames, 18.  He also implicated Terrill Swift, 17, Harold Richardson, 16, and Michael Saunders, 15, as well as a teenager known as “Big Shorty,” who was never charged.

Over the next few days — March 9 through 11 — Thames, Swift, Richardson and Saunders were all arrested, and each of them eventually signed a confession that they participated in the rape and murder of Glover around 9 p.m. on November 6, 1994.  Although each statement contained factual inconsistencies, each teenager essentially confessed to participating in luring Glover to the basement, taking turns having vaginal sex with her, beating her over the head with a shovel, strangling her, carrying her dead body one-and-a-half blocks, and dumping the body in a dumpster.

At a pre-trial hearing, Jerry Fincher’s statement was determined to have been coerced and was suppressed as evidence.  Charges against him were dismissed, after he had spent three and a half years in custody.

In May 1998, Swift, Richardson and Saunders all proceeded to separate trials before Judge Thomas Sumner, sitting without a jury. The only significant evidence presented against each defendant was his own confession. Judge Sumner convicted all three defendants who went to trial. He sentenced Swift to 30 years, Saunders to 40 years, and Richardson to 40 years.  After seeing the sentences of the other defendants, Thames pled guilty in exchange for a sentence of 30 years.

On December 3, 2010, Swift and Saunders filed a motion for an order to conduct a more advanced form of DNA testing than was done before trial – STR testing – and to upload the results into the state DNA database to try and identify the person who left the semen in Glover’s body. The prosecutors initially objected to this request, but agreed to it once Richardson joined in the motion with the other two defendants who had been convicted after trials.  On April 22, 2011, a DNA profile that could be loaded into the database was developed from the semen. On May 13, 2011, the Illinois State Police reported a “hit” to an offender in the state DNA database.  The offender was Johnny Douglas, by then deceased, who was one of the first people that police interviewed about the Glover murder in 1994.