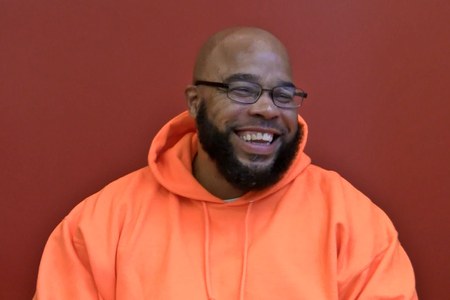 Gerard Richardson served 18 years for a murder he did not commit. After multiple petitions for the re-visitation of his case and re-testing of bite mark evidence, Richardson was finally exonerated when DNA testing cleared him in 2013.

The victim, Monica Reyes, left her home in Elizabeth, NJ around 11:00 on the night of February 20, 1994. Reyes told her brother that she was leaving to see a man who she believed had money for her. Reyes was a heroin addict and she broke into cars, sold drugs, and posed as a prostitute to rob would-be johns. Five days later, her body was found in a ditch 30 miles from her home. The lower portion of her body was covered in a half inch of snow, large (25-100 lb) rocks were found on her head and feet, and she was wearing the same clothes that she was wearing when she left her house. Reyes had been beaten, strangled, and stabbed.

When Ely Torres, the victim’s boyfriend, was initially interviewed immediately after the murder, he told police that he believed Reyes was killed by a man who threatened the two of them with a gun after they robbed him of $900. Gerard Richardson became a suspect because on a few occasions he had provided Reyes with cocaine to sell. Reyes owed him $90 for the drugs and they had a run-in where he demanded his money and she promised to pay him when she got her next welfare check on the first of the month.

Although there were multiple suspects in the case, Richardson’s dental impressions were the only ones submitted for comparison with the bite mark on the victim’s body. Forensic dentist Dr. Ira Titunik declared the dental impressions a match. Five days later Richardson was charged with Reyes’ murder.

Richardson was convicted by a jury on November 30, 1995 and sentenced to 30 years without the possibility of parole.

Richardson maintained his innocence from the beginning. At his sentencing, he said that while he did supply drugs to Reyes, “I didn’t kill Monica Reyes and I am never going to admit to it—to something that I didn’t do.” In 2000, Richardson sought DNA testing of the swab from the bite mark, but his petition was dismissed. Richardson’s lawyer petitioned for re-testing again in 2001 after an appeals court ordered that any DNA testing done by the state be turned over. The petition was granted and half of the swab from the bite mark was sent for testing in 2002, which yielded inconclusive results. More testing was conducted in 2004 which only turned up Reyes’ DNA profile.

The Innocence Project became involved in Richardson’s case in July 2012 and sought a complete DNA re-investigation. In 2013, Y-STR testing on the bite mark swab produced a complete profile and excluded Richardson. Richardson was also excluded from the victim’s vaginal swab sticks, “genital gauze swabbing,” and a fingernail clipping.