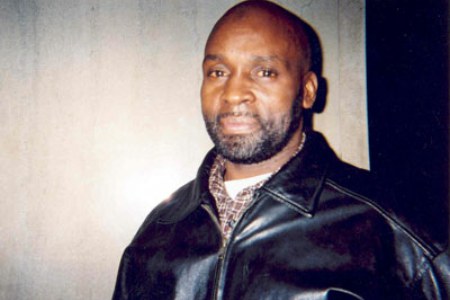 In March 2003, Gene Bibbins became the 125th person in the United States to be exonerated by postconviction DNA testing. Bibbins had spent more than 15 years in prison for a 1986 rape that he did not commit.

In June 1986, a young teenager was raped in her aunt’s Baton Rouge apartment. She had been asleep when the assailant entered the room, climbed on top of her, and threatened her with a knife before raping her. The perpetrator stole a radio from the room before escaping out of a window. The victim reported the crime to her aunt, who contacted the police.

Bibbins, who lived in a different building in the same apartment complex, was arrested less than an hour later. He had found the radio between buildings and was stopped by police a few blocks from the complex. Bibbins was driven to the apartment building where the crime occurred. He remained in the car with a flashlight illuminating his face while the victim made her identification. The victim was then treated and a rape kit was collected.

At trial, the prosecution relied heavily on the victim’s identification. She had rejected the neighbor who police had originally brought to her for identification. Spermatozoa was found on the vaginal samples from the rape kit. The victim was a virgin at the time, meaning that the semen evidence had been deposited by the rapist. The semen  on the vaginal swab, bed sheets, and the victim’s underwear revealed the presence of Type B antigens. Bibbins could not be excluded as the contributor. In addition, an analyst testified that lab analysis of fingerprints from the crime scene were inconclusive, and that the analyst had checked those findings with the state crime lab, which had reached the same conclusion. In fact, Bibbins was excluded as the source of the fingerprints, which was in a state crime lab report.

Bibbins claimed that he was misidentified, that he found the radio as he was exiting his building. The victim’s initial description of the attacker was a man with long and curly hair, wearing jeans. Bibbins was wearing grey shorts and had short, cropped hair at the time.He was convicted of aggravated rape and aggravated burglary in March 1987 and sentenced to life in prison. In 1998, Bibbins started writing the Innocence Project. His case was eventually accepted and the biological evidence was located at the District Court of East Baton Rouge. Bibbins was the first inmate to win access to biological evidence under Louisiana’s postconviction DNA testing statute.

In November 2002, the biological evidence was subjected to DNA testing. Bibbins was excluded as the contributor of spermatozoa. The prosecution decided to send the evidence to a laboratory of their choice. In December 2002, the second round of testing confirmed that Bibbins could not have been the perpetrator.

It was not until March 2003 that Bibbins was officially exonerated. He had been asserting his innocence for more than 15 years.