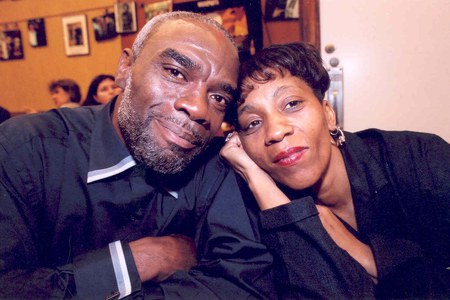 The victim in this case was attacked by two men as she walked to her car. The first assailant, later identified as Frederick Daye, pushed her into the car and let another man into the back of the car. The perpetrators stole her jewelry and then raped her, eventually leaving the victim on the street and stealing her car.

The victim made an identification of Daye from a photo lineup. She and a witness then identified him in a lineup. The other defendant in the case was tried in a separate trial and pled the Fifth Amendment when called on to testify at Daye’s trial. A forensic analyst also testified at Daye’s trial, saying that the victim and Daye shared the same blood type, which matched serology test results on a stain from the victim’s pant leg. The analyst improperly stated that the fluid was “likely” to be semen and was consistent with Daye’s blood group, rather than saying it could have been a mixture of fluids from the perpetrator and victim. When testing does not detect blood group substances or enzymes foreign to the victim – no potential semen donor can be excluded because the victim’s blood group markers could be “masking” the perpetrator’s. Under such circumstances, the failure to inform the jury that 100% of the male population could be included and that no one can be excluded is highly misleading.

Daye’s defense was eyewitness misidentification. He was convicted and sentenced to life in prison.

Daye’s new counsel stopped the destruction of the physical evidence and filed for an evidentiary hearing. Though the court refused to hear the evidentiary claims, Daye was allotted funds to pursue DNA testing as well as granted a release of the evidence.

Cellmark Diagnostics performed testing in 1994. Daye was excluded as the source of spermatozoa found on the victim’s pants. Based on the DNA results and the statement of the other defendant, Daye’s conviction was overturned in 1994, after he had endured ten years of incarceration.