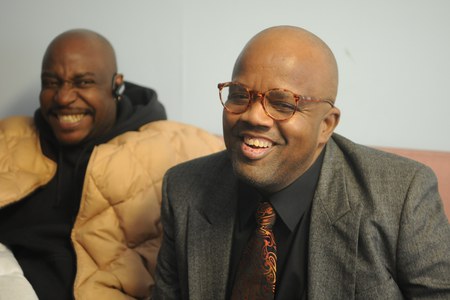 Freddie Peacock served five years in New York prisons for a rape he didn't commit, but it was nearly three decades after his release on parole that DNA testing finally cleared his name. In 2010, DNA testing obtained by the Innocence Project and partner attorneys exonerated Peacock, making him the 250th person cleared through DNA testing nationwide.

The Crime
On a July night in 1976, a Rochester, New York, woman was attacked as she returned home to her apartment after work. As the victim unlocked the door to her apartment, a man approached her from behind, took her keys and threw her to the ground, where she struck her head. The perpetrator told the victim he would kill her if she screamed. He pulled her from the ground and led her to the side of a nearby house where he raped her.

The perpetrator returned the victim’s keys and fled. The victim returned to her apartment building where she alerted the building superintendent who called police. The victim would later testify that she was only able to see the perpetrator’s face when in the dark area on the side of the house. She described him as an African-American man weighing about 150 pounds and wearing a white, flowery shirt.

The Identification and Alleged Confession
The victim initially struggled to convey details of the crime to the superintendent and police officers, but then told the superintendent that she believed a neighbor had been the perpetrator. The superintendent asked if she meant “Freddie,” and she said yes. Before she had shared these details with police officers, the victim fainted and fell to the ground. She was taken by ambulance to the hospital where she later told an officer that Freddie Peacock was the attacker. Peacock’s photo was then included in a 10-photo array, and she identified him again.

Barely two hours after the attack, Peacock was arrested at his apartment where he was asleep. The victim identified him again through a window in a one-person “show-up” procedure. He was interrogated for about two and a half hours. He initially denied any involvement in the crime, but police claim he ultimately confessed. Peacock told the detective handling the interrogation that he had severe mental illness and had been hospitalized for it several times. In his alleged confession, Peacock could not tell officers where, when or how the victim was raped. An officer wrote out the details of the alleged confession, but Peacock was never asked to sign it.

The Trial and Conviction
At Peacock’s trial, the victim testified that she knew he was the perpetrator because of his “beard and eyes” and also “because [she] knew deep down that it was him.” She testified that she and Peacock had spoken twice before and that he had once entered her apartment uninvited and asked if she would wear a dress or negligee for him. She had asked him to leave. Another time, she said, Peacock had attempted to enter her apartment and she had closed the door to stop him.

A doctor testified that bodily samples were collected from the victim at the hospital, but no further forensic evidence was presented at trial. According to reports, the doctor had identified sperm on samples collected from the victim’s body and estimated that it came from intercourse within the past 48 hours. The victim said she had had consensual intercourse the day before the crime with her boyfriend.

Two neighbors said they heard “hollering” or “horseplay” outside the apartment around 2 a.m., when the attack occurred, but had not seen the attack themselves. A woman who lived next to Peacock testified that the walls between her apartment and Peacock’s were so thin that she could hear everything he did as if they were in the same room. She said that on the night of the crime, Peacock turned down his stereo when she got home at 12:05 a.m., he pulled down his hide-a-bed at 12:30 a.m. and he didn’t make any other sounds before 4 a.m. when she went to bed. Peacock was convicted by a jury and sentenced to up to 20 years in prison.

DNA Testing and Exoneration
Peacock was released on parole after serving five years in New York prisons. He relied on the support of his family and church community in the Rochester area and has continued rigorous treatment for his mental illness.

After he contacted the Innocence Project for assistance with the case in 2002, attorneys and students searched for evidence that could be subjected to DNA testing. Don Thompson, of Easton Thompson Kasperek Shiffrin, LLP, joined the Innocence Project as co-counsel. Ultimately, DNA testing was conducted on semen on the underwear the victim wore before and after the rape. The case became complicated when the victim’s boyfriend could not be located to give a DNA sample (which could rule him out as the source of the semen portion of the bodily fluid, meaning it definitely came from the perpetrator). The victim’s boyfriend had been deported to another country, but his biological mother provided a DNA sample that proved he was not the source of the semen part of the bodily fluids. DNA testing also excluded Peacock as the source — meaning that another, unknown man was the rapist.

Based on these results, the Innocence Project joined with the Monroe County District Attorney’s Office, which had consented to the DNA testing, in seeking to vacate Peacock’s conviction. A state judge tossed out the conviction, fully clearing Peacock’s name 34 years after his wrongful conviction and making him the 250th person exonerated through DNA testing nationwide.

After his release, Peacock said: “I never gave up hope that this day would come. When the truth is all you have, you learn to hang onto it. I am grateful to my family and everyone who has supported me over the years. I am looking forward to moving on with my life, now that my name is finally cleared.”