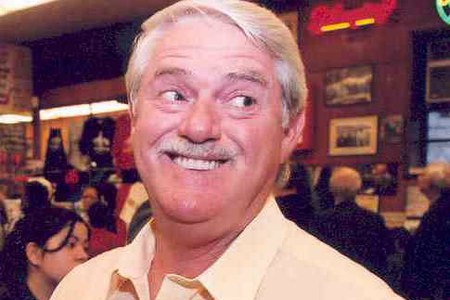 Based on this DNA exclusion, Honaker filed for clemency. His petition was joined by the state. Honaker was pardoned in October 1994, after ten years of incarceration. When confronted with the fact that Honaker had undergone a vasectomy, the state's forensic expert said that he would have not have testified to the definitive hair match that helped convict Honaker at trial.

In 1984, Edward Honaker was convicted in Viriginia of numerous counts of sexual assault, sodomy, and rape. He was sentenced to three life sentences and thirty-four years. The victims in this case were a woman and her boyfriend who were attacked while sleeping in their car in a rural area. A man with a gun and pretending to be a police officer, accosted them and forced the boyfriend to go into the surrounding woods. He then forced the woman into his truck and, after driving to a different area, repeatedly raped her. The police were able to make a sketch of the assailant with the help of the victims.

A hundred miles away, another woman was raped and later told police that her assailant resembled Honaker, who lived nearby. His alibi checked out and he was never charged with this crime. The investigating officer, however, showed Honaker’s picture to the victims of the first attack. They subsequently picked Honaker’s picture out of a photo lineup. The first rape victim then made an identification of Honaker in court. She and her boyfriend also identified Honaker’s truck as similar to the one the assailant drove. Additional evidence consisted of camouflage clothing found in Honaker’s house that was similar to the assailant’s and the testimony of a state’s forensic expert who claimed that the hair found on the woman’s shorts was “consistent” with Honaker’s hair. The analyst went on the state that “it is unlikely that the hair would match anyone other than the defendant; but it is possible.” This assertion was improper, because there is not adequate empirical data on the frequency of various class characteristics in human hair to characterize whether consistency is a rare or common event.

Honaker’s defense was an alibi corroborated by three others, but discounted by the prosecutor. He was convicted and given three life sentences.

After his conviction, Honaker reached Centurion Ministries, an organization that works to free the wrongfully convicted. Centurion’s investigation revealed that the victim and her boyfriend had been, at times, hypnotized and that the initial description of the assailant was inconsistent with Honaker. Additionally, Honaker had undergone a vasectomy in 1976, a fact not known to the prosecution’s witnesses and hardly even brought up at trial. Centurion then began working with the Innocence Project to secure DNA testing on the biological evidence collected in Honaker’s case.

The prosecution agreed to release the evidence, which included spermatozoa on the vaginal swab, though they asserted that the spermatozoa belonged to the boyfriend. The DNA testing in this case was further complicated by the victim’s claim of having a secret lover who could have contributed to the evidence.

FSA performed another round of testing, this time using DQ Alpha and polymarker testing. This more discriminating test revealed that Honaker and both boyfriends were excluded from being contributors of some of the spermatozoa found on the vaginal swab.

Based on this DNA exclusion, Honaker filed for clemency. His petition was joined by the state. Honaker was pardoned in October 1994, after ten years of incarceration. When confronted with the fact that Honaker had undergone a vasectomy, the state’s forensic expert said that he would have not have testified to the definitive hair match that helped convict Honaker at trial.