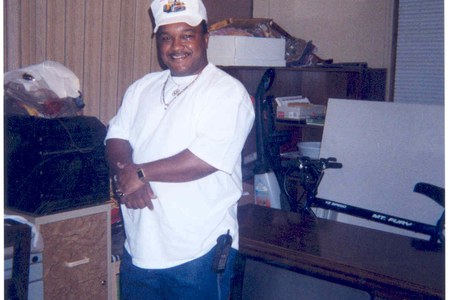 In the early hours of February 1, 1986, a young woman exiting a Savannah, Georgia, nightclub was accosted by three men. They forced her into a car and drove her to a neighborhood unknown to her. Two of the men forced her out of the car and into a house. One of the assailants held her down while the other raped her. The two men began arguing and the victim was able to escape from the house. She ran for a few blocks, stopped at a home, and summoned the police.

The police asked the victim to lead them back to the scene of the crime. She identified the house of Samuel Scott as the place where she was held and raped. Police found Scott and Douglas Echols in the house. The victim then identified Echols as the man who held her down while the second assailant raped her. She later identified Samuel Scott from a photographic array.

At trial, the prosecution relied on the identification of the house and the victim’s eyewitness identifications of the two men, as well as forensic testimony revealing that motile spermatozoa were found on the vaginal smears from the rape kit, signifying very recent ejacualtion. Scott and Echols raised a mistaken identification defense. They maintained they were with another woman that night. She testified on their behalf, as did another witness who saw them both at a restaurant around the time of the crime. Both men were convicted of rape, kidnapping, and robbery in March 1987. Scott was sentenced to life plus twenty years. Echols received fifteen years.

Douglas Echols served five years in prison and was released on parole in 1992. Scott contacted the Innocence Project in 1996. Students were able to locate the rape kit evidence and, after negotiating with prosecutors, the evidence was released for DNA testing in February 2001.

Test results from July 2001 revealed that Samuel Scott could not have contributed the spermatozoa found on the vaginal swabs from the rape kit. A reference sample was then requested from Douglas Echols. Subsequent testing revealed that Echols, too, was excluded as the source of spermatozoa. Further testing by the state laboratory corroborated the results.

Prosecutors then took the position that the exculpatory test results did not prove innocence because the spermatozoa could have originated from a consensual sex partner. The Innocence Project repeatedly requested that reference samples be produced from any such partners. After speaking again to the victim, it was determined that she had not had consensual sex within the relevant time period. Nevertheless, testing was performed on a reference sample from the victim’s boyfriend at the time. He was also excluded as the source of spermatozoa.

On Monday, October 7, 2002, Samuel Scott and Douglas Echols had their indictments dismissed. Echols, a former army officer, had been on parole for the last ten years and labeled a sex offender. Scott was released on parole in September 2001 but was arrested two days later when he failed to register as a sex offender. He was released on electronic monitoring after a month in prison. He was incarcerated again in April 2002 for not being able to pay the monthly electronic monitoring fee.