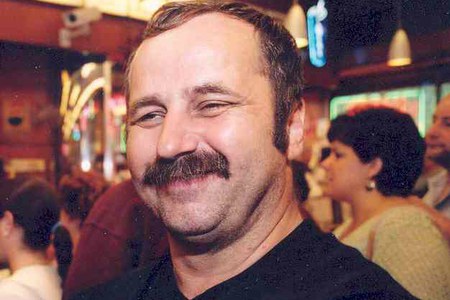 On November 16, 1983, a 28-year-old woman was attacked as she was walking home from work in Lowell, Massachusetts. An unknown man accosted her and tried to engage her in conversation before forcing her into a nearby yard, where he sexually assaulted her. The following evening, a 23-year-old woman was attacked less than one hundred yards away from the site of the first assault.

The second victim had been on her way home from work when she was pushed to the ground by a man wielding a knife. She was able to escape her assailant after a vehement struggle and notified the police. The victim described her attacker as a man wearing a red, hooded sweatshirt and a khaki military-style jacket.

Dennis Maher was stopped and questioned by police on the night of the second attack. He was wearing a red, hooded sweatshirt and a subsequent search of his vehicle turned up an army field jacket, a military issue knife, and a rain slicker. Maher, then a sergeant in the United States Army, was arrested and charged with the two attacks, as well as an unsolved rape that occurred the previous summer in Ayer, Massachusetts. Though their descriptions varied, all three victims identified Maher in photographic lineups.

Maher had always asserted his innocence. In 1993, he wrote to the Innocence Project. The Project tried repeatedly to gain access to the biological evidence collected from the victims but was told that the evidence could not be located. In 2000, the case was transferred to the New England Innocence Project. The case picked up momentum when, in 2001, a law student discovered two boxes of evidence from the Lowell case in the basement of the Middlesex County Courthouse. The boxes contained the pants and underwear collected from the rape victim. The Massachusetts State Police Crime Laboratory found seminal stains on the underwear and possible blood stains on the pants. The New England Innocence Project and the prosecution agreed to send the evidence to Forensic Science Associates (FSA) for DNA testing.

Testing performed on the pants did not yield conclusive results. Testing on the underwear, however, produced a genetic profile that excluded Dennis Maher as the donor of spermatozoa to the sample. Shortly after testing was completed, prosecutors were able to locate a slide from the Ayer case, which was sent to Orchid Cellmark for testing. Results from the Ayer evidence were received in March 2003, again excluding Maher as the source of spermatozoa.

After reviewing the results, the Middlesex County District Attorney’s Office joined with the Innocence Projects in filing a motion to grant Maher a new trial and agreed to drop all charges against him.

On April 3, 2003, after 19 years of proclaiming his innocence, Dennis Maher was exonerated and freed from prison.