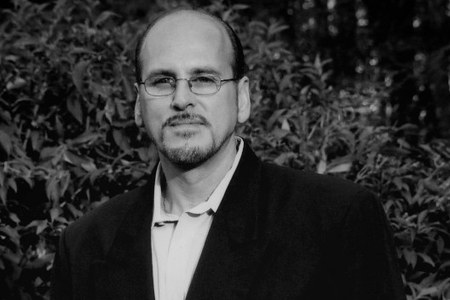 In June 2003, the convictions of Dennis Halstead, John Restivo, and John Kogut were all vacated, and the three defendants were released. In 1986, Halstead and Restivo were tried separately from Kogut, who was also tried and convicted of rape and murder on the theory that the three men had acted together in abducting, raping, and killing the victim.

A series of postconviction DNA tests excluded all three men as the rapists and proved that semen from the victim’s body had come from unknown assailant.

In December 2005, the Nassau County District Attorney’s office announced that it would drop all charges against Dennis Halstead and John Restivo after John Kogut was found not guilty by Nassau County Judge Victor M. Ort on December 21, 2005.

The Crime
On December 5, 1984, the body of the 16-year-old victim was discovered, naked, in a wooded area of Lynnbrook, New York. She was last seen leaving her job at the local roller rink almost a month before.

The medical examiner determined the cause of death was ligature strangulation; semen and sperm found on the victim’s vaginal swabs suggested she had been raped.

The Investigation
The local police department believed the victim’s death to be connected to similar crimes involving the disappearances of other young women.

By March 1985, investigators had focused their investigation in part on Dennis Halstead, who was believed to have been associated with another young woman who had disappeared. Early that month, John Restivo had been interviewed as part of the investigation and mentioned that he was acquainted with John Kogut, a sometime employee of Restivo’s and his brother’s moving business.

In late March 1985, Kogut was brought to police headquarters for a polygraph examination. After three polygraphs, a detective analyzed Kogut’s “polygraph charts” and determined that Kogut was lying when he denied involvement in the victim’s murder. Multiple officers proceeded to interrogate Kogut for more than 18 hours, repeatedly telling him that he had failed the lie detector tests. Kogut was bombarded with allegations that he, John Restivo, and Dennis Halstead had abducted, raped, and murdered the victim. Eventually Kogut signed a confession that had been handwritten by a detective; this confession was the sixth version of facts allegedly given by Kogut.

According to the final version of the confession, Restivo, Kogut, and Halstead were driving in Restivo’s van. They encountered the victim, who got in the van voluntarily. Halstead and Kogut stripped the victim and Halstead raped her. They arrived at a cemetery, where Restivo stopped the van and also raped the victim. During the attack, the victim drifted in and out of consciousness. When she began to regain consciousness after the rape, she grew frantic and Kogut strangled her with a hard nylon rope.

Based on Kogut’s alleged confession, Restivo’s van was searched, and several hairs were recovered and tested in a forensic lab.

The prosecution argued that the two hairs found in Restivo’s van were corroborative of Kogut’s confession. An analyst testified that two hairs found in the front passenger seat were microscopically similar to those of the victim. The two hairs appeared identical to the victim’s from “root to tip, including artificial treatment.” This testimony was improper, because there is not adequate empirical data on the frequency of various class characteristics in human hair. It is impossible to say definitively that strands of hair are identical.

The defense presented the testimony of hair comparison expert Dr. Peter DeForest. Dr. DeForest testified that the hairs found in Restivo’s van displayed “advanced banding,” a condition caused by bacteria eating away at the interior of the hair shaft. Advanced banding occurs only after death and only when the hair is still attached to the decomposing body, meaning that the victim could not have deposited the hairs while she was alive and supposedly in Restivo’s van.

At the time of trial, research on advanced banding was relatively new and no studies had been published about it. The state called its own expert, who testified to the limits of contemporary research, and argued in closing that “for all anyone knows, banding occurs right after death, as when the heart stops and the lungs stop working and the blood settles.”

In addition to Kogut’s confession and the two hairs, the state presented the testimony of multiple witnesses who alleged that they had heard Restivo and Halstead make incriminating statements. Both men were ultimately convicted.

Post-Conviction
Centurion Ministries began working on behalf of all three defendants in 1994. The Innocence Project began working on Restivo’s case in 1997. In the postconviction proceedings that secured the defendants’ release, Kogut was represented by Wilmer, Cutler & Pickering and Centurion Ministries and Halstead was represented by Pace Law School’s Postconviction Clinic.

DNA testing in this case went through many rounds over a period of ten years, despite repeated exclusions of all three men. The prosecution initially argued that the samples tested (vaginal slides) were not the “best” samples available and could have failed to detect semen from the defendants present on the original swabs. In 2003, however, the defense team obtained property records from the police department which led to the discovery of an intact vaginal swab that had never been tested. STR testing on the spermatozoa on the vaginal swab matched the single unknown male profile from the prior testing and again excluded all three men.

In addition, defense attorneys also secured an affidavit from the state’s expert witness, who had testified in 1986 regarding the hairs found in Restivo’s van. The expert concluded, based on 20 years of research and expertise, that the hairs displayed “post-mortem root banding,” a hallmark of decomposition that only occurs while hairs are attached to a corpse that has been dead for at least 8 hours, if not days or weeks. The banding on these hairs was similar to those found on dozens of hairs taken from the autopsy that had been in unsealed envelopes in a police department laboratory for months. Because the victim was only alleged to have been in the van for a few minutes after death, he concluded, the hairs could not have been shed during that time, and were instead autopsy hairs that were commingled with others from the van – whether through negligence or misconduct.

Based on these results, all three convictions were vacated in June 2003 and all three defendants were released. John Kogut, however, faced retrial, based largely on his confession. At trial, the prosecution sought to rebut the DNA evidence by arguing that the victim, who was said by her mother and best friend to be a virgin, had consensual sex with an unknown male prior to her rape and murder. Kogut’s lawyer argued that the confession was false, and won a motion to have expert testimony on false confessions admitted for the first time in New York State.

After a three-month bench trial, Judge Ort found Kogut not guilty on all counts in December 2005. His verdict included specific findings that numerous aspects of the confession were contradicted by DNA and other forensic evidence, and that that the decomposed hairs from the victim were not shed by her in Restivo’s van. Before the end of the month, Assistant Nassau District Attorney Fred Klein said in court that the case against Halstead and Restivo should be dismissed because he could not prove guilt beyond a reasonable doubt.